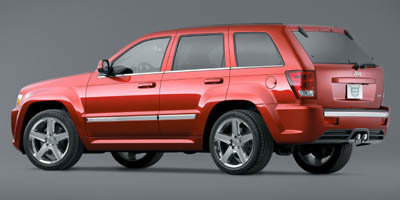 Chrysler has issued a recall for approximately 792,300 Jeep Grand Cherokee and Jeep Commander vehicles manufactured within the past ten years. The reason? A flaw in the vehicles' ignition switch, which could cause the Jeeps to lose power on the road.

READ: Death List 2015: The Cars That Won't Be Back Next Year

Yes, that's exactly the same problem plaguing many, many General Motors models involved in the ongoing "Switchgate" recall. According to Chrysler:

"Preliminary investigation suggests an outside force, usually attributed to contact with the driver’s knee, may move ignition keys from the “on” position.... Such an occurrence may cause engine stall, reducing braking power and making steering more difficult. Safety features such as frontal airbags may also be disabled."

Unlike at GM, however, Chrysler says that the problem has been linked to only one accident and no fatalities, though the company has received a number of complaints from owners.

Chrysler says that it will officially begin notifying customers about the recall by mid-September, or about two months from now. Although the automaker hasn't specified details for the fix, the cost of repairs will be borne by Chrysler.

In the meantime, if you own one of the affected models, Chrysler asks that you remove all other keys from your key ring or chain to reduce sway on the key while driving. You should also adjust your seat and steering column to minimize the possibility that your knee might hit the key while you're driving.