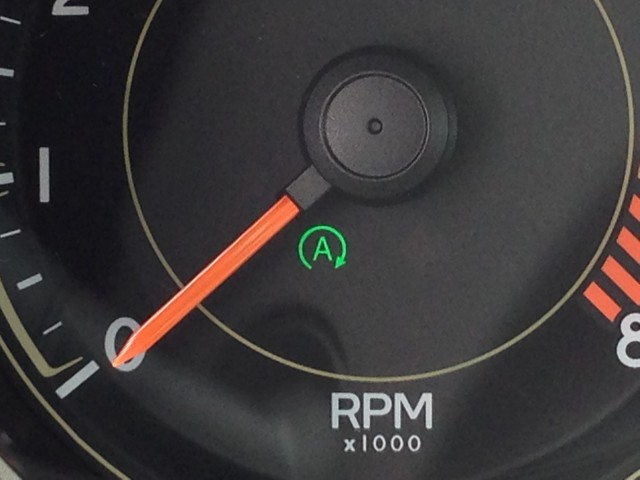 Chrysler has announced that it will be fitting fuel-saving Engine Stop-Start (ESS) technology to several mainstream models for 2015—and we've gleaned a few more details on exactly how it'll take form.


From the start of the 2015 model year, all Jeep Cherokee V-6 models will include ESS; separately, 2015 Chrysler 200 models with the four-cylinder engine will get the ESS technology beginning as soon as December.

The feature will be offered on off-road-focused Cherokee Trailhawk models as well, but the system won’t interfere with the operation of the Trailhawk’s Hill Start Assist, Hill Ascent, or Hill Descent Control. It will be deactivated with repeated idle creep (as you would inch ahead in gridlock, for instance), then reactivated if you go above 5 mph.

Engineers also made the system deactivate for a time after turning the steering wheel more than 90 degrees—for a momentary stop before a turn, for instance. But models with the feature will include a simple button on the center console, allowing the owner to deactivate the system when desired.

Just as with other stop-start systems on the market, the feature will depend on outside temperature, the temperature of the engine, and your use of the climate-control system. The Chrysler one includes a high-capacity battery, as well as some other electrical improvements.

It’s a Chrysler-developed system, and one that made its debut this past year in the Ram 1500 pickup; although here it’s been adapted for passenger vehicles that are primarily front-wheel drive.

Although EPA ratings with the system haven’t yet been released, the technology is expected to improve real-world fuel economy by up to three percent, with a three-percent reduction in CO2 emissions as well.

READ: Cruise Could Make Your Car Autonomous For $10,000 (With Caveats): VIDEO

It’s unlikely that more vehicles will join the 2015 Cherokee and 2015 Chrysler 200; but look for the feature to be added to more models in the Chrysler, Dodge, and Jeep model lines in following model years, as Chrysler, among all automakers, push to meet stricter Corporate Average Fuel Economy (CAFE) standards.

About 60 percent of 2014 Jeep Cherokee buyers have thus far chosen the V-6—so the deployment of stop-start in that model could make a big difference in fuel saved. Stay tuned later in the year when we bring you full driving impressions on how this system works in these vehicles, and in real-world use.