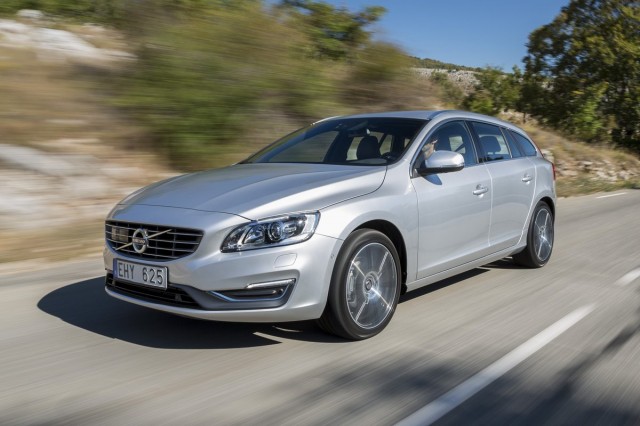 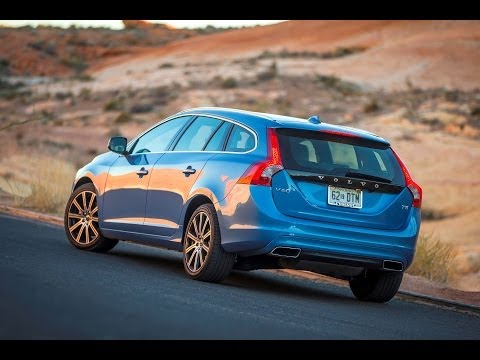 Volvo is known for its wagons, but it hasn’t actually sold a station wagon in the U.S. for a while now—just a lot of crossovers.

That all changes with the new V60. Is it the return of the tried and true Volvo wagon, or something quite different?

From the exterior you’ll immediately recognize the V60 as a Volvo. Forward of the A-pillar it’s basically an S60, but it’s the rear that gets you. The big ironmark in the grille, those flared hips, and the shape of the rear lights are long-running Volvo hallmarks.

Inside it’s classic Volvo meets modern technology. The “floating console” has a few big knobs for primary controls, it's also covered in lots of small rectangular buttons—and that can get a bit overwhelming. The gauges have an electronic screen for secondary controls, a nice touch. Overall, the interior materials have a quality feel to them.

Like the S60 and XC60 siblings, the V60 has remarkably comfortable front seats. They are heavily bolstered and are among the best we’ve sat in.

Moving to the rear seat, you’ll find plenty of room for two adults or three kids, though three adults will be a squeeze. Legroom is a little tight but headroom isn’t an issue.

Cargo capacity isn’t the V60’s best selling point. Blame that sleek roofline. Even with with the rear seats folded down it offers only 43 cubic feet of space--that’s far less than its XC60 sibling.

The front-drive V60 is powered by Volvo’s new 2.0-liter turbo four rated at 248 horsepower. Need all-wheel drive? Then you’ll be choosing either the 2.5-liter turbo five-cylinder with 250 horsepower or the turbo six with 325 horsepower. The four-cylinder hooks up with a new eight-speed automatic, but the all-wheel-drive models make do with an older six-speed. No manual transmission is available.

The most notable thing about driving the V60? It handles like a sports sedan with a firm but smooth ride. Noise suppression is good and steering feel is confident. Overall it seems a worthy competitor to the Germans despite its Swedish brand name.

The V60 is a new model, and we figure it should repeat the S60’s strong crash-test performance. Volvo offers a rearview camera, blind-spot monitors, and a City Safety system that combines adaptive cruise control and automatic braking for an added dose of safety.

Starting from about $35,000 the V60 comes nicely equipped with a moonroof, power features, Bluetooth, USB port, and Satellite radio. Load it up with heated seats front and back, the safety tech, sport package and everything else, and you’ll be facing a sticker price of just over $55,000.

So what’s the bottom line with the 2015 Volvo V60? It’s a versatile vehicle with the handling of a sports sedan, but for better cargo space, check out the XC60 instead.