Connect with our dealer and finance partners through our site and ask for details regarding their at-home car buying services.
OK
HomeNewsFuel Economy 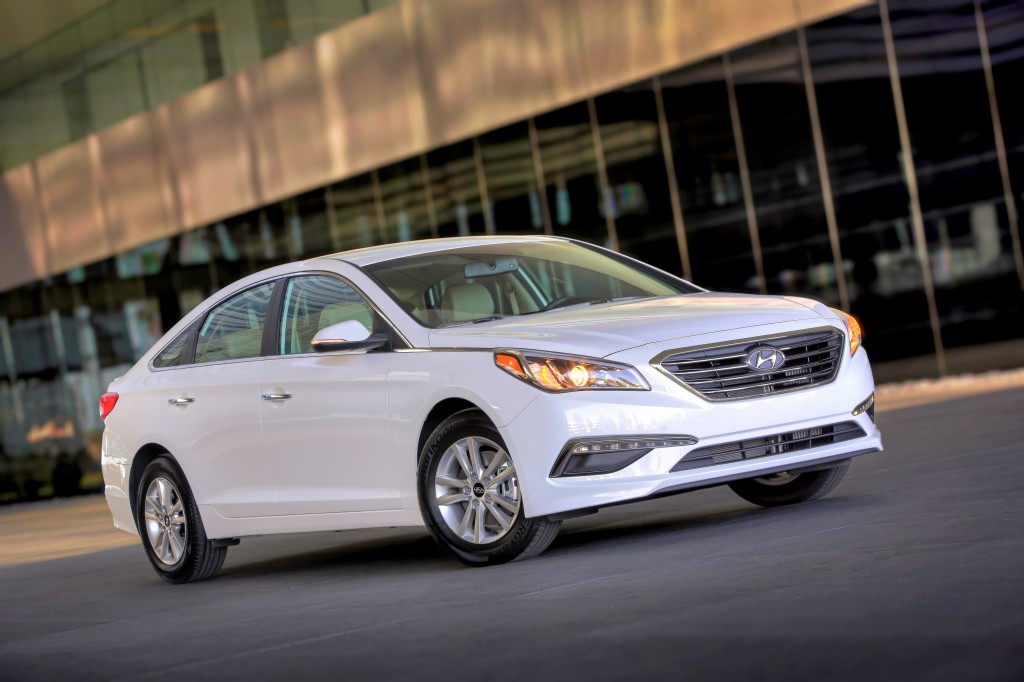 The redesigned 2015 Hyundai Sonata made a big splash when it debuted at the New York Auto Show, but Hyundai didn’t reveal all of its cards for its newest entry to the highly competitive mid-size sedan segment. We know a new Sonata Hybrid will be showing up at some point, but even before that happens, Hyundai will introduce a more cost-effective Sonata for fuel-minded customers with the 2015 Hyundai Sonata Eco.

In addition to the 2.4-liter engine found in the Sonata and the upgraded 2.0-liter turbocharged engine used in the Sonata Turbo, the 2015 Hyundai Sonata Eco will be powered by a 1.6-liter turbocharged four-cylinder, which has an output of 177 hp and 195 lb-ft. More importantly, this engine will be mated to a seven-speed dual-clutch transmission (DCT) for faster, more precise shifts. Official EPA fuel economy numbers aren’t in yet, but Hyundai is expecting the Sonata Eco to return an estimated 28 mpg city, 38 mpg highway and 32 mpg combined compared to 25 mpg city, 37 mpg highway and 29 mpg combined for the base 2015 Sonata. 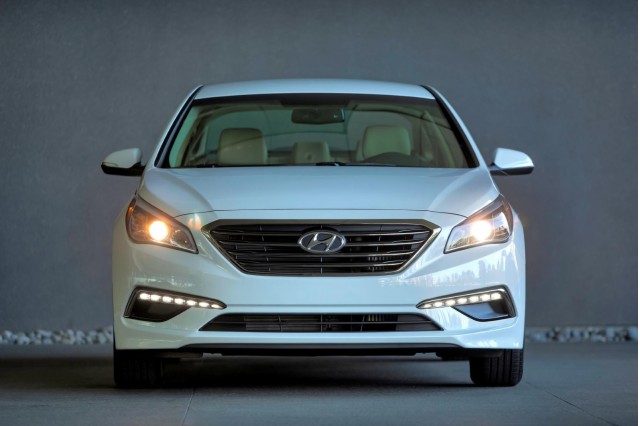 The Sonata Eco is aimed squarely at rivals that use smaller-displacement turbocharged engines, like the Ford Fusion 1.5-liter and 1.6-liter EcoBoost fours. Aside from offering better fuel economy than this Fusion, the 2015 Sonata Eco is also priced competitively starting at $23,275.

Compared to a base 2015 Sonata, the new Eco model will command a $2,125 premium, but aside from the unique powertrain configuration, it will also be equipped with upgraded standard features like automatic headlights, 10-way power driver’s seat, five-inch touch screen audio system and a backup camera. The only available option is the $4,100 Technology Package, which adds features like leather seats, blind spot detection, navigation, dual-zone climate control, push-button start and Hyundai’s new hands-free Smart Trunk.

The 2015 Hyundai Sonata Eco goes on sale this summer, and like all non-hybrid versions of the Sonata, it will be built at Hyundai’s Montgomery, Ala., assembly plant.