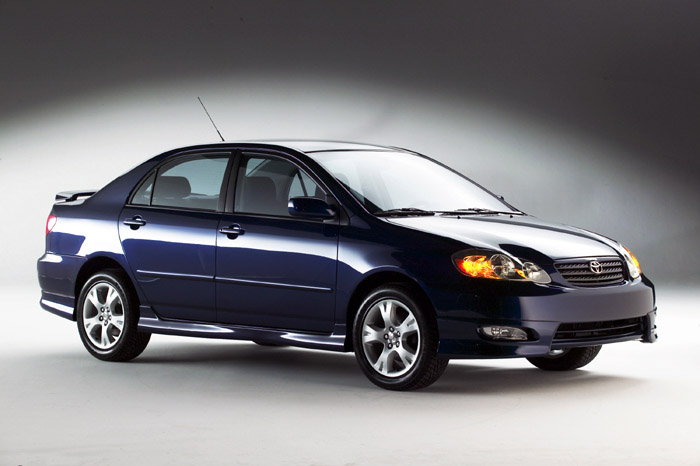 Earlier this week, the National Highway Traffic Safety Administration launched an investigation of airbags made by the Takata company. Now, Toyota has issued a recall for 844,277 Toyota, Lexus, and Pontiac vehicles from model years 2002-2004 to fix those flawed components.

The problem with the airbags is rooted in the propellant Takata used in the airbag inflators. This has been linked to abnormal deployment of front passenger airbags and ruptures in those devices, causing them to explode when activated. In some cases, shrapnel and other projectiles have been reported to injure occupants. Takata says that it knows of two such incidents in Japan and four in the U.S.

Last year, Toyota issued a recall to fix these airbag systems, but unfortunately, it appears that Takata released an incomplete list of serial numbers associated with the problem. As a result, Toyota has expanded its initial recall, and some of the vehicles that may have been previously inspected but not repaired will need to be fixed. In a letter to NHTSA, Toyota explains: "This recall supersedes recall 13V-133 in which some vehicles were inspected and received a replacement inflator, while others were inspected but did not have their inflator replaced."

The recall also includes vehicles that may have had airbag systems replaced for other reasons -- for example, if they deployed during an accident.

Toyota hasn't issued a timeline for this recall, but given the severity of the problem, we'd expect it to start very soon. The automaker says that once owners receive official notification about the recall, they'll be able to take their vehicles to the appropriate GM, Lexus, or Toyota dealer, who will replace the passenger side air bag inflator, free of charge.