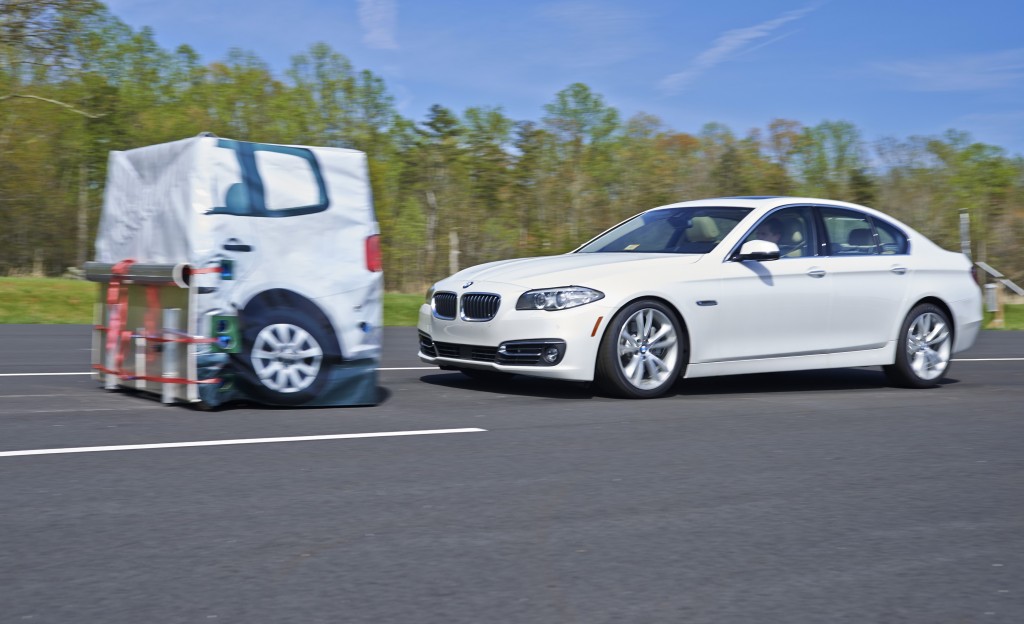 In an ongoing effort to make cars safer, the Insurance Institute for Highway Safety (IIHS) has made a lot of changes in recent years for what it takes for automakers to earn the coveted rating of Top Safety Pick (TSP). Last year, this included the addition of a Top Safety Pick+ (TSP+) rating that was used to rate cars equipped with advanced front crash prevention technology.

For 2015, the IIHS is now altering what it takes to be named a TSP+ to make it even more challenging to attain its highest safety rating. The big difference is that cars with front crash prevention technology now must earn a score of “Advanced” or “Superior.” Previously, a score of “Basic” was all that was required to earn the TSP+ rating, and this just included cars with forward-collision warning that alerted drivers of a potential collision. The higher “Advanced” and “Superior” represent technology able to automatically stop the car if a collision is imminent.

There are two tests for automatic braking at speeds of 12 mph and 25 mph. Based on how it performs in the tests, a car can earn a score of 0-2 points in the 12-mph test, 0-3 points in the 25 mph test and one point for forward collision warning. Cars earning one point get a “Basic” score, 2-4 points is an “Advanced” score and 5-6 points is the top “Superior” score.

In addition to the front crash prevention technology, cars must still perform well in the other crash tests. Also part of a TSP+ rating, cars must receive “Good” ratings for front crash, side crash, roof strength and head restraint tests as well as at least an “Acceptable” rating for small overlap crash test. Of the 31 vehicles currently rated with a TSP+ rating, only 21 would keep that rating under the new rules.

Vehicles with a "Basic" score for front crash prevention technology that fail to achieve a TSP+ rating will still get a TSP rating.