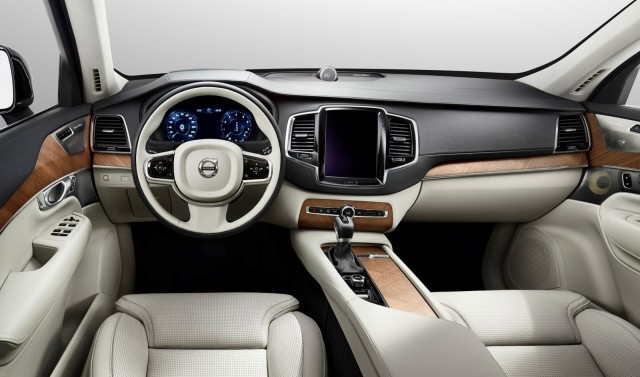 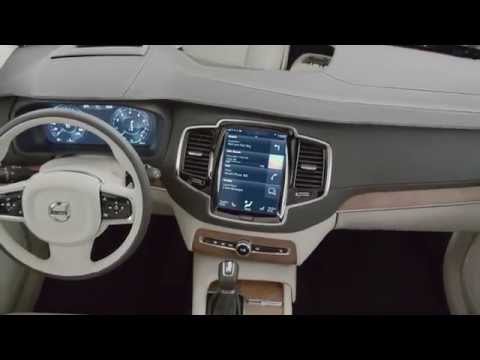 Volvo has a new XC90 waiting in the wings, but you'll have to wait a few more weeks until it casts a brighter light on the crossover SUV's new skin.

By the time the 2015 Volvo XC90 is introduced, the current model will be almost 13 years old--but from the looks of these official images, the next-gen Volvo SUV is well worth the wait. The 2015 Volvo XC90 will be completely unveiled in August, but until then, Volvo is going to release a slow and steady stream of images starting with this set of shots revealing the Swedish SUV’s interior.

ALSO SEE: Google Debuts Its First Autonomous Car: Is This The Future Of (Non) Driving?

Looking at the interior of the 2015 Volvo XC90, it’s easy to see that there will be a decent mix of style, luxury, technology and, of course, safety. On the tech side, the highlight is the massive, vertically oriented touch screen for the navigation system as well as Volvo’s next-generation infotainment system. This display is designed to look like a tablet that is raked at about a 45-degree angle, but Volvo is withholding any additional information about this system or display. Adding even more tech to the cabin, the next XC90’s gauge cluster consists of a large digital screen, which is viewable through the new three-spoke steering wheel design.

The 2015 Volvo XC90 won’t be lacking in style either. In that department, the XC90’s crown jewel–literally–is the gear lever made up of crystal from Swedish glassmaker, Orrefors. The rest of the instrument panel benefits from plenty of rich wood and stitched leather. If beige leather, matte wood trim and chrome accents aren’t your speed, the 2015 Volvo XC90 will also be offered in with black leather, glossy dark wood and brushed metallic accent pieces.

For comfort, Volvo says that the new XC90’s front seats will offer adjustable side bolsters and “multi-directional” lumbar support, while features like ventilated and massaging seats will be optional. Also optional are new Contour seats that have “been designed to offer excellent side support all the way from the shoulders to the thighs,” but there is no additional info about these seats.

Like the current model, the 2015 Volvo XC90 will get a three-row, seven-passenger seating configuration, but Volvo promises that the third-row will actually be practical for adults – at least those shorter than 5’7” tall. The second row offers reclining and sliding seats for optimal comfort, and there is an optional child booster seat integrated into the center seat.

Volvo also adds that the XC90 will come with four-zone climate control, and it is promising information about a new advancement in interior air quality in coming months. In addition to whatever this announcement will be be, Volvo will be slowly releasing more information about the 2015 XC90, including its safety features, chassis and powertrain. Stay tuned.