From The Car Connection: 2015 Volvo XC70 Review The 2015 Volvo XC70 soldiers on for another model year as the last of the traditional Volvo upright, square-tailed wagons--albeit wearing more than a little bit of crossover styling.

On Tuesday, Fiat Chrysler CEO Sergio Marchionne unveiled his five-year plan for the company. Some called it too ambitious; others didn't think it went far enough.

Desperate For Parking? Use The ‘MonkeyParking’ App & Pay Someone To Leave Their Spot

San Francisco is not without its charms. The Bay is beautiful, the weather is pleasant in some of the city's microclimates, and.... 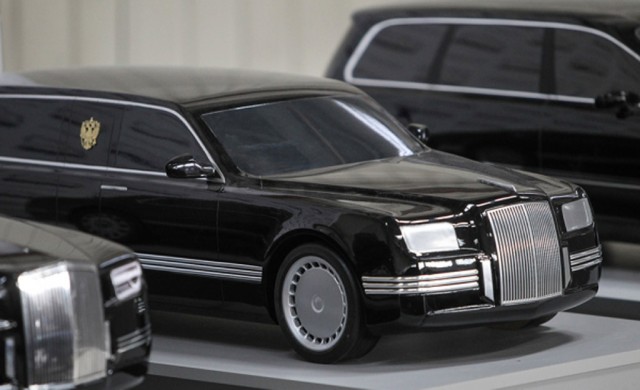 About a year ago, it was reported that the Russian government had requested local automakers to come up with designs for a series of luxury vehicles that could be used to transport officials and possibly even form the basis of a new Russian luxury car brand.

The hottest version of the latest-generation Mercedes-Benz C-Class, the new C63 AMG, was spotted at the Nürburgring race track in Germany recently, and we have it caught on video.

The new BMW 2-Series is one of the many culprits of the brand’s confusingly revamped naming system, but that doesn’t stop it from being a very fun little luxury sports coupe—particularly in M235i form.

Do The BMW i3 And i8 Electric Cars Pose A Threat To Tesla?

With the 2014 BMW i3 battery-electric car now being delivered to its first buyers, and the range-extended i3 REx version to follow within several weeks, BMW is at last in the business of selling electric cars in volume.

The Dodge Dart compact sedan launched as a 2013 model hasn't sold as well as hoped. One thing that hurt its debut was the unfamiliar feel of its dual-clutch automatic gear gearbox.

Ford's Three-Cylinder Engine Does Well In Fiesta; Focus Next Up

Three cylinders is about three-quarters what many U.S. consumers will tolerate, about half the number they prefer and three eighths that of what some consider ideal.