The Secret World Of License Plate Tracking (Yes, It's As Shady As You Think) 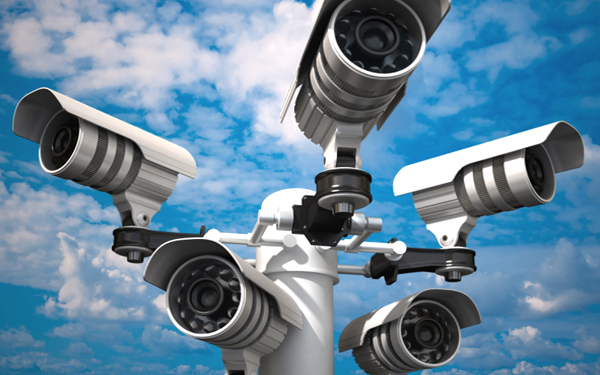 Few people like license plate readers, or LPRs. Despite the safety they promise, they're at best imperfect, and at worst, a grievous invasion of privacy.

If you're one of those folks who's wary about LPRs, you might want to steer clear of an article recently published in Wired. It makes abundantly clear that LPR operators aim to keep their business even more secretive and shady than it already is. (No small feat for an industry that surreptitiously tracks where most of the vehicles in the U.S. have traveled and has no set standards for data capture, retention, or deletion.)

Time to break out the tinfoil hats.

As we've mentioned before, LPRs generally consist of networks of cameras that are managed by private companies. Those companies provide service to cities and other entities around the globe. In simple terms, the cameras scan license plates and upload the info collected from those plates to a proprietary database.

Ostensibly, these databases give police officers and other law enforcement agents the tools to track down baddies. That seems like a legitimate thing, right?

There are a couple of problems, though:

1. There are no industry-wide standards on how long data is held. Some towns have years of info on file, encompassing millions of license plate scans. Others have instituted strict policies about deleting data every few months.

2. Law enforcement agents aren't the only ones who can access this data. Repo men (and women) use it, too -- and we have to assume that there are others who can pay for access. How loose is that data? Could shady characters use it to track others -- like, say, a jealous, abusive husband keeping tabs on his wife (or vice versa)? Possibly. Again, no standards means that policies can vary from company to company.

Precise stats are hard to get, but since just one LPR company claims to have data on at least 40 percent of U.S. vehicles, it seems reasonable to assume that the majority of America's cars, trucks, and SUVs have been scanned at some point. According to Wired, one of the bigger companies -- Vigilant -- boasts nearly two billion records in its database, which is of course several times the size of the U.S. population.

BUT WAIT, IT GETS WORSE

As if having your whereabouts secretly tracked weren't creepy enough, Wired explains that entities that hire LPR providers have to sign a strict contract in doing so. Among the items found in Vigilant's contract, for example, is a provision that prevents law enforcement agencies from talking to the press about its relationship with Vigilant without Vigilant's consent.

That doesn't need much translation. Vigilant clearly doesn't want the media to know the details of its activities.

That sounds bad. Like, really bad. Which is probably why Vigilant updated that portion of its contract to sound kinder, gentler, and slightly less Skynet. That section now reads: "This restriction is specifically intended to protect the user’s interests in divulging information that may result in counter measures from the criminal elements, and this is also to protect Vigilant’s competitive interests and ensure consistency with other media messaging."

But phrase it however you like, what this boils down to is that companies like Vigilant are secretly keeping tabs on America's drivers -- and they want to keep it that way.

Even more frightening, the U.S. government has toyed with the idea of partnering with companies like Vigilant to create a nationwide database of plate scans. Thankfully, civil liberties groups protested to DHS, which put forward the idea, and the plan was scuttled. But don't think it won't appear again in a slightly different form.

Just to be clear, we are not conspiracy theorists. Without being too Pollyanna about it, we believe that companies that collect this kind of data tend to use it for legitimate reasons.

We are not Luddites. We appreciate technological advances and think that cameras, smartphones, and Tivo have brought much joy to the world and removed some of the suffering.

But most importantly, we are not naive. We understand that the genie is out of the bottle when it comes to LPRs. They're not going anywhere anytime soon.

Let's just hope that some national standards are created before things get too far.