Connect with our dealer and finance partners through our site and ask for details regarding their at-home car buying services.
OK
HomeNewsSix-Month Road Test 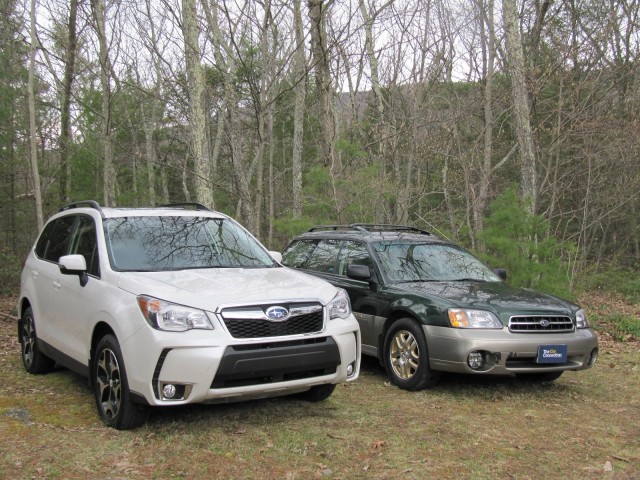 If you haven't shopped for a car recently, you may not have noticed the trend: Every car segment is getting larger.

So are the Toyota RAV4, Honda CR-V, Ford Escape, Chevy Equinox, Nissan Rogue, and Mazda CX-5 it competes with.

DON'T MISS: The Secret World Of License Plate Tracking (Yes, It's As Shady As You Think)

But dimensionally, our "compact" Forester is within spitting distance of the size of a 15-year-old Subaru Outback, which was and is the brand's mid-size wagon/crossover utility vehicle.

It's worth comparing the two to understand the bracket creep that has given virtually every new car model a larger footprint, and usually more weight, than the previous generation of the same model. 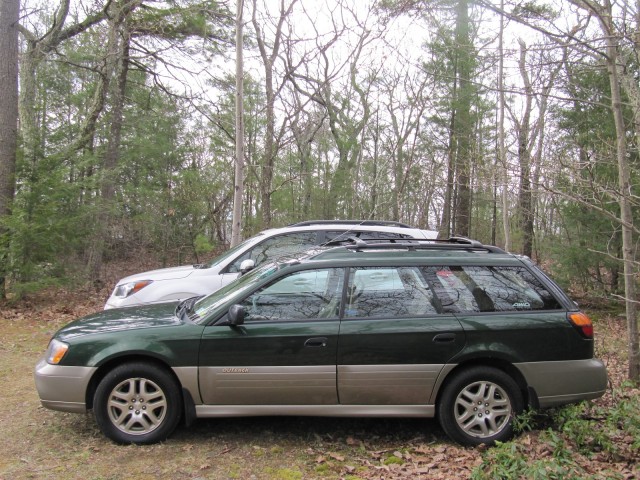 So the new "compact" car is 6 inches shorter, but sits 6 inches higher, and is actually 2 inches wider, than the 15-year-old mid-size car.

Our 2014 Forester has 1.4 inches more ground clearance, but the wheelbases are identical and so are the weights--more or less--adjusting for trim levels.

Inside, the 2014 car has front-seat headroom of 41.5 inches, legroom of 43 inches, and shoulder width of 57 inches. In the rear seat, the comparable figures are 40, 38, and 56.5 inches for the same dimensions. (All figures have been rounded to the nearest half-inch.)

The new car is actually 3 inches wider inside--though the other front-seat dimensions are all within 2 inches--and it clearly has a more spacious rear seat. 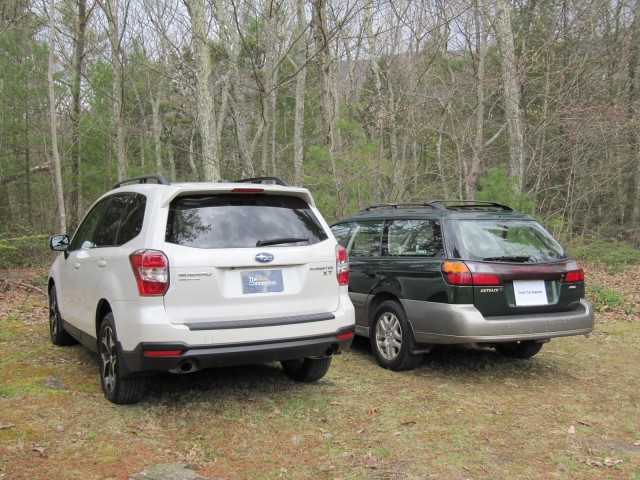 The increase in dimensions stems from two basic forces: First is the array of far more stringent crash-safety tests that modern vehicles must pass.

The 2000 Outback has just two airbags, and startlingly slim roof pillars, whereas the 2014 Forester has seven airbags and pillars--that while good for its class--are still considerably thicker.

The second force is greater consumer demand for more: greater interior space, more accessories, more features, more options. A little here, a little there, it all adds up.

Where the new car feels most different on the road--aside from greater refinement and quite a lot more power, since we're comparing a 260-horsepower 2.0-liter turbocharged four to a 15-year-old 165-hp 2.5-liter four--is in the driver's position. 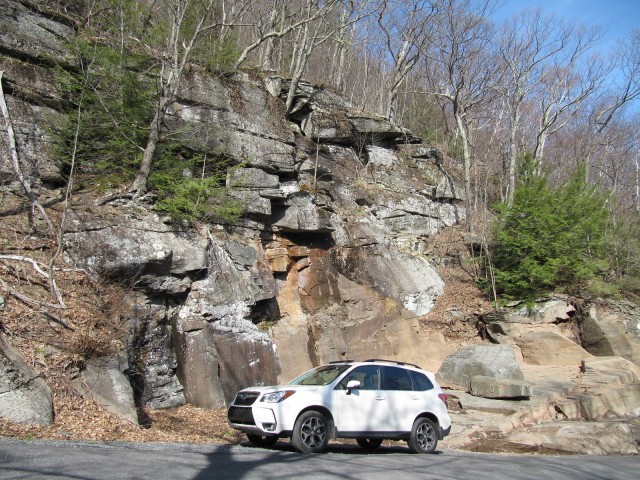 The 2000 Outback has an essentially car-like driving position, and we'd wager that much of the 6 inches it gives away in height goes to lower the driver's seat.

The new 2014 Forester, on the other hand, has a higher driving position.

That improves forward visibility--at least behind anything that's not a full-size SUV or pickup truck--but the driver senses a higher seat position during cornering. The Forester can be tossed around with ease, but you do have the sense that you're sitting higher up in a tall vehicle--which isn't the case with the car-like Outback.

The other major difference is the seats. Despite its slightly narrower cabin, the older Outback has larger seats with more generous bolsters that hold you in place superbly. 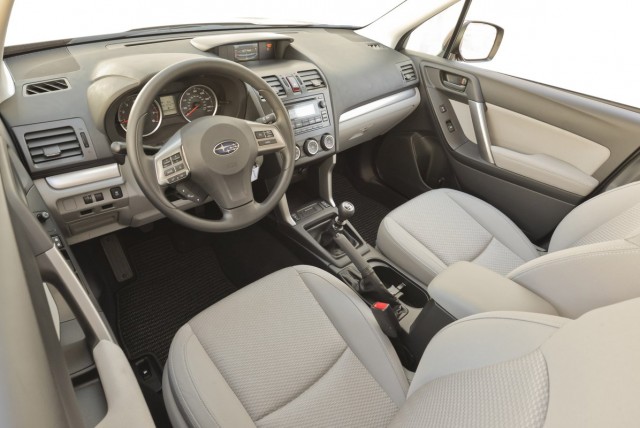 Riders sit on the Forester seats rather than in them, by comparison, and the lower cushions in particular feel shorter, narrower, and less bolstered.

As for the brand-new 2015 Subaru Outback, introduced at the New York Auto Show in April, it's almost an entire car size larger than our old 2000 Outback now--about the same length, but on a longer wheelbase, wider, and most of a foot taller than its 15-year-old predecessor.

But that's another story.