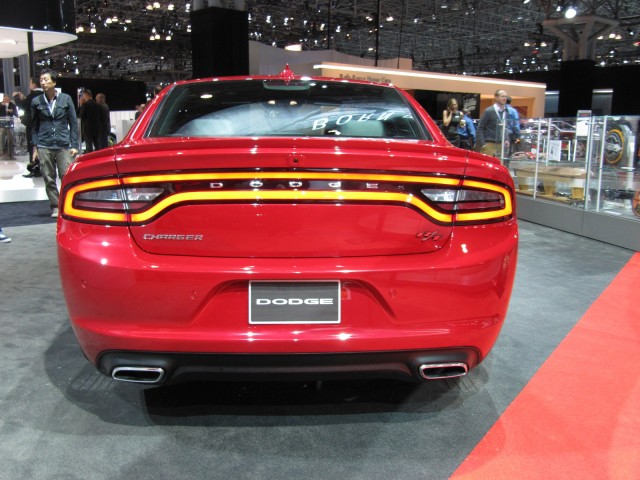 The Dodge Charger has had a secret hiding under its four-door skin. It looks like a family sedan--but equipped with the right powertrain, it has the heartbeat of a massively powerful muscle car. This year, it’s a little more forward about its performance roots, with a brash new look unveiled at the New York Auto Show.

This is the Charger’s second major model change since it was new in 2005, and it’s a significant one. The front end is completely new, and makes the Charger look lower and sleeker. Every body panel except the roof and rear doors is new, and Dodge stylists have tried to make it look smaller and more nimble. The result is a grille that’s closer to the one on the Dodge Dart, and at the rear bumper is smoother, with a smaller spoiler. The Charger now looks like a car that can slip through the air, instead of beating it down.

The cockpit adds a new digital screen between the gauges, and the touchscreen on the center of the dash supports Chrysler’s UConnect navigation and entertainment systems.

Under the hood, an eight-speed automatic is now available on all models, not just the base V-6 versions. Power output for the HEMI V-8 now ranges from 370 horsepower to…well, Chrysler’s not saying just yet. Something around 500 horsepower? It could be within reach.

The Charger’s been a strong performer in safety tests, and a rearview camera is available. So are adaptive cruise control and blind-spot monitors. Other new features include restyled 20-inch wheels, the latest version of UConnect smartphone connectivity, and a choice of some retro-tinged colors like B5 Blue and Tor Red.

We’ll know more later this year when we go for a first drive in the updated sedan. Until then, get more information at our 2015 Dodge Charger preview. 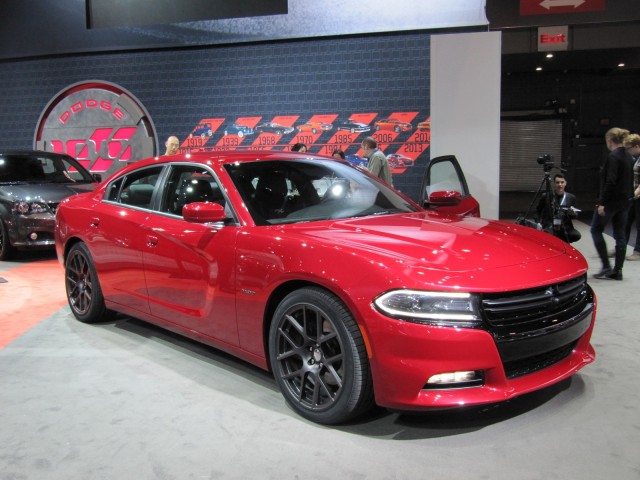 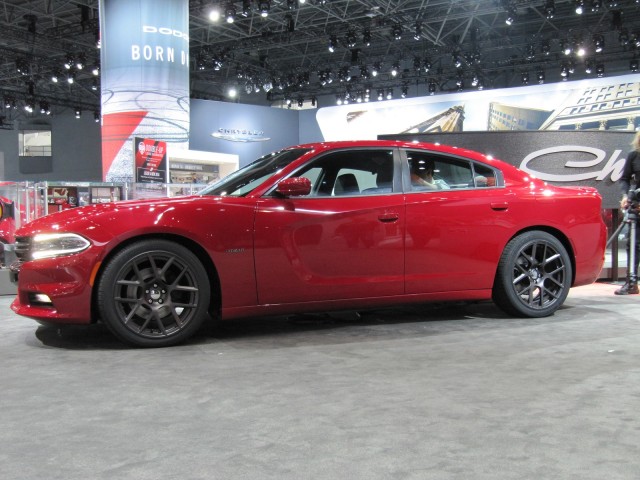