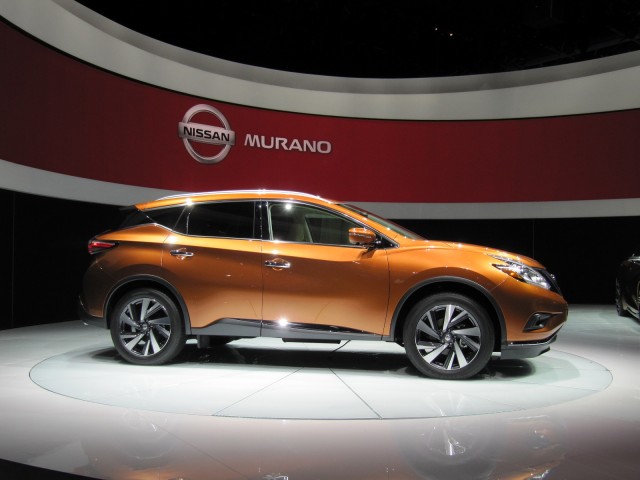 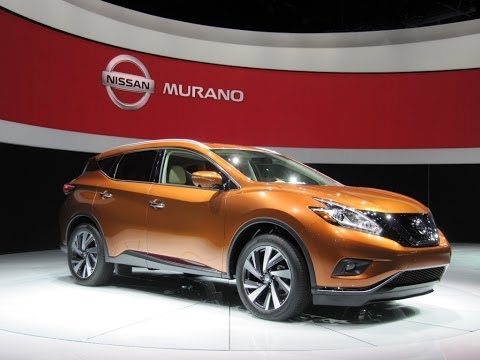 The Nissan Murano has always been one of the more stylish family crossovers—and if anything, the latest edition has more resonance.

Now, when we say resonance, it’s not a fancy design word—it’s the name of the Nissan Resonance concept from last year that really predicted the looks of the new Murano. The new crossover has kept a lot of that concept’s striking looks. The V-shaped grille ties it directly with Nissan’s Pathfinder and Rogue crossovers, but the boomerang-shaped lighting and the complex shape of the rear roof pillar stand out in what’s a pretty snoozy segment.

LED lighting helps—those front running lights and the taillights are lit that way, and LED headlights are available as an option.

Inside, the Murano has done an even better job of coddling five passengers than the 2014 model. There’s almost no hard plastic to be found, and there are some truly handsome two-tone trim schemes. There’s also ample interior storage—the center console trails toward the back seats, and has enough room to store phones and to charge them via USB.

We expect the Murano will be one of the more comfortable crossovers, too. The seats are like those in Nissan’s Altima—shaped with dense foam, and inspired by the seats NASA has used for spacecraft. In the Altima, they’re exceptional for long distance drives, and we’re hoping for more of the same in the Murano. Nissan also says the Murano will have excellent rear-seat and cargo space—and will get power assist for the tailgate as well as for folding down that rear seat.

For performance, the Murano relies on the same powertrain it had last year. A 260-horsepower V-6 combines with a continuously variable transmission and a choice of front- or all-wheel drive. Nissan expects good acceleration, and fuel economy as much as 20 percent higher this year.

There’s no crash-test data yet, but a rearview camera and Bluetooth are standard, and the Murano now offers high-tech features like surround-view cameras, adaptive cruise control and blind-spot monitors. Other features include leather seats, remote start, and ventilated seats, as well smartphone connectivity and a huge moonroof. Pricing hasn’t been announced yet.

We’ll be driving it soon—stay tuned for a first drive and see our 2015 Nissan Murano Preview here at The Car Connection.