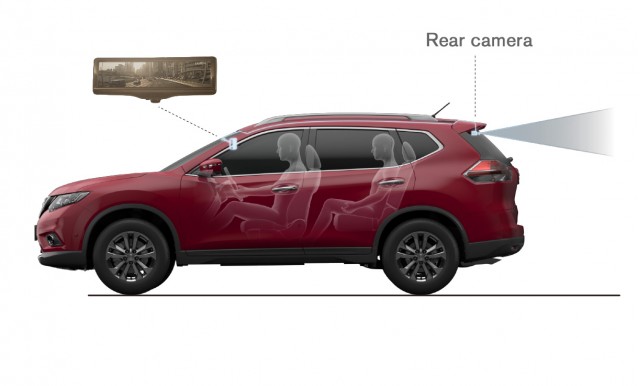 Nissan was one of the first automakers to introduce a 360-degree camera system to make parking easier, and it now offers this technology on its entry-level hatchback, the Nissan Versa Note. Nissan’s next big camera technology is the all-new Smart Rearview Mirror that will be on display in the 2014 Nissan Rogue at the New York Auto Show.

Using a camera tucked under the liftgate spoiler and an innovative LCD rearview mirror inside the cabin, this technology is able to provide a wide-angle rearward display with no obstructions from the vehicle’s body or occupants and a clear image regardless of weather or lighting – even if the car is being followed by another vehicle with bright headlights. The Smart Rearview Mirror can be switched off when the driver just wants to use the conventional rearview mirror, but the big challenge was creating a surface that would clearly show the camera’s display through the reflective mirror. 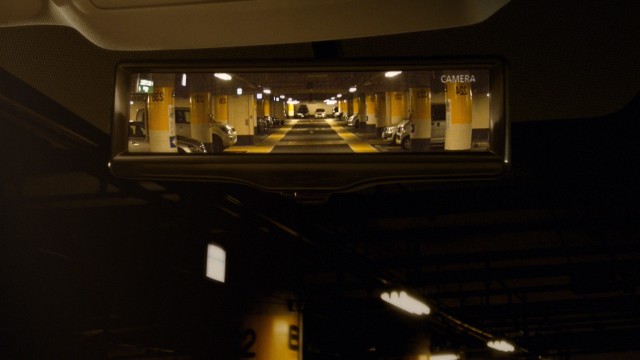 For this, Nissan created a special mirror that would show the rearview image clearly without any image overlaps, which are common with rearview mirrors. Nissan didn’t divulge the true technology used to create the screen, but it did say that it uses a 1.3 megapixel camera with an LCD monitor with a 4:1 aspect ratio.

Though not approved for production use in the U.S. just yet, Nissan says that the Smart Rearview Mirror will be rolled out to customers in Japan this year before being introduced in other global markets over the “next few years.” It will also be used in the 2014 24 Hours of Le Mans in Nissan’s race cars including the ZEOD RC.