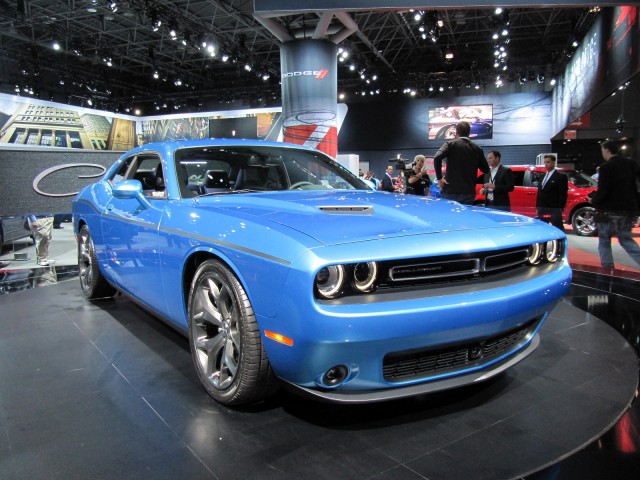 Other than a much-needed interior update and a few special trim levels over the years, Dodge has made very few changes to the Dodge Challenger since it was reborn in 2008. With an updated Camaro and an all-new Mustang hitting the scene, Dodge is finally giving the Challenger a quick once over for the 2015 model year bringing an all-new interior, some additional retro styling cues and even more power under the hood.

For muscle car fans, you’ll be happy to hear that the 6.4-liter Hemi V-8 is now available on the non-SRT Challenger models. The new Scat Pack and 392 Hemi Scat Pack Shaker models will get this engine, which is tuned to produce 485 hp and 475 lb-ft of torque. Good news Mopar fans: with mention of a direct SRT model at the New York Auto Show, this more than likely means that the supercharged Hellcat model we’ve been hearing about could, in fact, be the next-gen high-powered Challenger SRT. The 375-hp 5.7-liter Hemi and the 305-hp 3.6-liter V-6 are still available, but the big Hemi will help rocket the Challenger from 0-60 mph in the mid-four second range – about a second faster than the smaller Hemi and two seconds faster than the V-6 model. Dodge’s eight-speed automatic is now standard on the base V-6 Challenger, and it is an option on the V-8 models; the six-speed manual is still standard equipment for Hemi-powered Challengers. 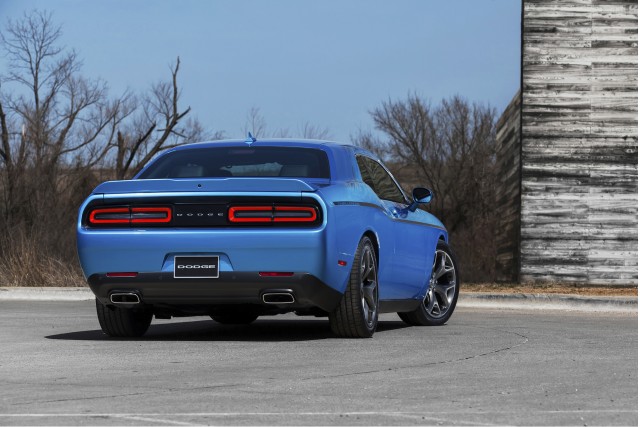 Visually, Dodge managed to overcome one of the common problems automakers keep running into when it comes to retro designs: keeping the look fresh and relevant among its competitors. For 2015, the Challenger adds some cues inspired by the 1971 Challenger such as the split grille and the separate taillights, but it also gets a few modern elements like the halo headlights and LED taillights. For even more of a retro impact, the 2015 Challenger will be available in some classic hues like Sublime Green and B5 Blue.

Inside the 2015 Challenger, Dodge carried over a few classic treatments like the driver-centric instrument panel, the font used on the analog gauges and the trapezoidal shape of the center console bezel. Most of the upgrades, though, were focused on modernizing the Challenger’s dated interior. This includes an all-new design with even more cabin tech and a sportier three-spoke steering wheel. Dodge says that the 2015 Challenger will begin production during the third quarter, which, probably not coincidently, is right around the same time the all-new Mustang is set to launch.