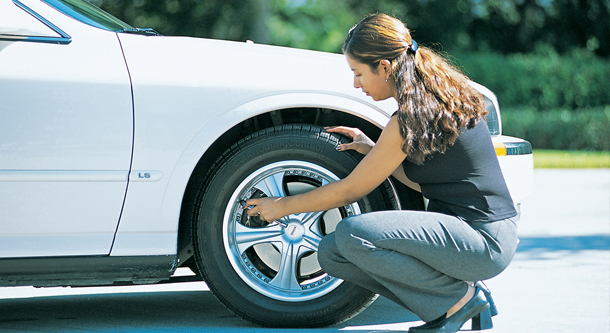 Driving with properly inflated tires makes cars safer and more efficient, and tire pressure monitoring systems (TPMS) are designed to help alert drivers to underinflated tires. The only problem is that a study funded by Shrader International – the company that makes tire inflation valve stems and “a global leader in Tire Pressure Monitoring Systems” – found that 42 percent of drivers are unable to identify the low-tire-pressure warning light in the gauge cluster. 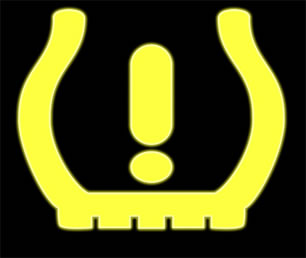 Most surprisingly, Schrader found that 42 percent of drivers are unable to identify the low-tire-pressure warning light in the gauge cluster. Almost as bad, an equal percentage of those polled admitted to rarely checking the air pressure in their tires. This would indicate that nearly half of all drivers on the road don’t recognize the TPMS warning light and aren’t regularly checking their tire pressures.

This isn’t a good combination since the National Highway Traffic Safety Administration (NHTSA) has found that underinflated tires are the cause in an estimated 200,000 accidents, 33,000 injuries and 660 deaths each year. If you don't know how to check your tire pressure, here's a quick lesson.

DON'T MISS: The Most Unusual Car Features Of All Time

For those who are able to identify the TPMS warning light, about 10 percent still admit to ignoring it and 21 percent say that even when they do stop, they only check them visually and not with a tire pressure gauge. Schrader says that the TPMS warning light is designed to illuminate when the tire is 25-percent deflated, but a tire doesn’t start to appear visually low until it is about 50-percent deflated.

The good news? Over the next decade, about 91 percent of the cars on U.S. roads will be equipped with TPMS, and Schrader says it is working with tire retailers to come up with signage that better warns drivers of TPMS warnings and tire safety.