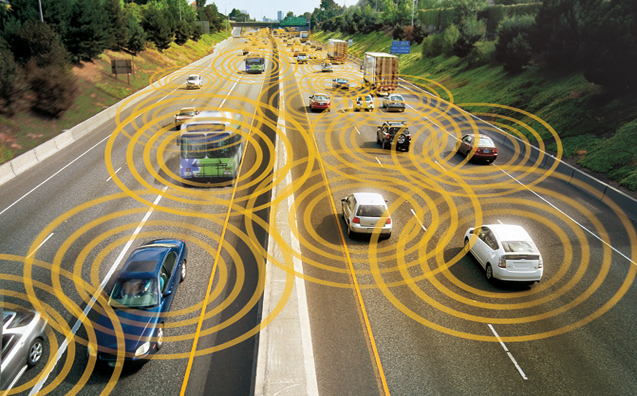 Connected cars, like autonomous cars, are coming. In fact, connected cars will likely arrive first, because the underlying vehicle-to-vehicle (V2V) technology is simpler, cheaper, and enhances the effectiveness of self-driving vehicles by allowing them to "talk" to other cars on the road.

Given our increasingly connected lives, you'd think that consumers would be comfortable with the impending arrival of connected vehicles. But just to be sure, the University of Michigan's Transportation Research Institute conducted a survey to quantify drivers' opinions.

To carry out their study, UMTRI's Brandon Schoettle and Michael Sivak created an online questionnaire that was answered by roughly 1,600 people in the U.S., the U.K., and Australia. Those responses confirmed general enthusiasm for connected vehicles, but also made clear that automakers need to address a few fears going forward.

ALSO SEE: Hacking Cars Isn't A Problem Yet, But We're Getting There: Video

The good news -- at least for tech fans -- was that 62 percent of UMTRI's respondents said that they had a positive opinion of connected cars, while "about a third" were neutral. A slim minority expressed negative feelings about V2V technology.

U.K. residents were the most optimistic about connected-cars, with 67 percent expressing positive opinions about them and just 4 percent sharing negative opinions. Australians followed, with 63 percent responding positively and 5 percent negatively. Americans were the most skeptical, with just 57 percent (still, a majority) seeing V2V technology as a positive development and 7 percent holding negative views. Despite the naysayers, 86 percent of respondents expressed interest having a connected car in the future.

The dark cloud hanging over V2V is hacking: roughly 30 percent of those surveyed  were "very concerned" about security breaches on individual vehicles and on networks, with many worried that the technology might be used to track their speed and location. An additional 37 percent were "moderately concerned", with around 25 percent "slightly concerned".

Respondents also worried about failures of connected-vehicle networks, particularly during bad weather. And of course, more than a few thought that V2V technology might become a distraction or that drivers would become overly reliant upon it.

The UMTRI survey isn't without its flaws. For starters, the survey was conducted online, dipping into a pool of respondents who were likely to be at least vaguely comfortable with the internet and computer networks. That could've skewed the survey's results toward positive attitudes about V2V tech.

Much more problematic, however, was the fact that researchers had to do a lot of explaining about what connected cars are. Sadly, only 27 percent of Americans, 22 percent of Australians and 17 percent of those in the U.K. had even heard of connected vehicles. That doesn't necessarily throw the survey's findings into question, but the spin of that explanation -- positive or negative -- could've easily impacted the majority of responses.

Are you concerned about V2V technology? Will you be the first on your block to own a connected car, or will you hang back and wait for version 2.0 -- or even 3.0? Share your thoughts in the comments below.