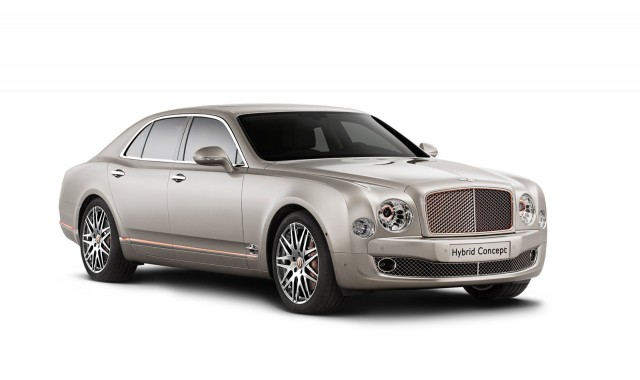 Bentley plans to launch its first-ever SUV by 2016, and a year after this yet-to-be-named model is introduced, the luxury brand will offer its first-ever hybrid. While we still have at least a couple of years before we see the Bentley SUV plug-in hybrid, the advanced drivetrain of this vehicle will be on display at the Beijing Auto Show in the Bentley Hybrid Concept.

MUST SEE: A Quick History Of The Automobile

Although it is based on a production Mulsanne sedan, details about the actual plug-in hybrid system are slim, including what type of batteries and motors will be used. Bentley did confirm that this system will be good for an all-electric driving range of at least 31 miles, and, more impressively, that by the end of this decade, a full 90 percent of its vehicle production will be available as a plug-in hybrid.

In addition to the obvious benefit to the environment (a 70-percent reduction in CO2 emissions), Bentley promises that the plug-in hybrid will also improve power output by up to 25 percent. That means that with the Mulsanne’s 505-hp, 6.75-liter twin-turbo V-8, this plug-in system would be good for an extra 127 hp. 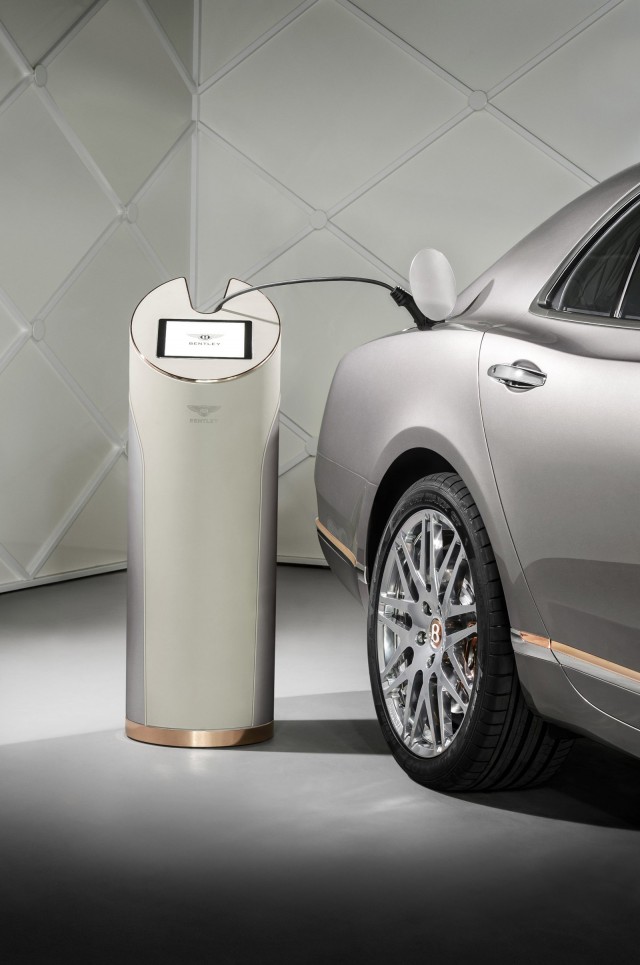 It isn’t clear if this concept uses the same plug-in system used in the Porsche Panamera e-Hybrid, but the Bentley model does in fact use that car’s font on its fender vents and instrument panel. Other styling differences that differentiate this concept from your typical Mulsanne include the added plug-in port on the right rear fender and numerous copper accents. On the outside, this copper trim wraps around most of the Mulsanne’s lower edges as well as around the grille, in the headlights and on the brake calipers. It can also be found inside the sedan on many of the gauges and controls.

The Bentley Hybrid Concept will get its official introduction in Beijing on April 20th, alongside the Chinese debuts of the Flying Spur, Continental GT Speed and the Continental GT V8 S.