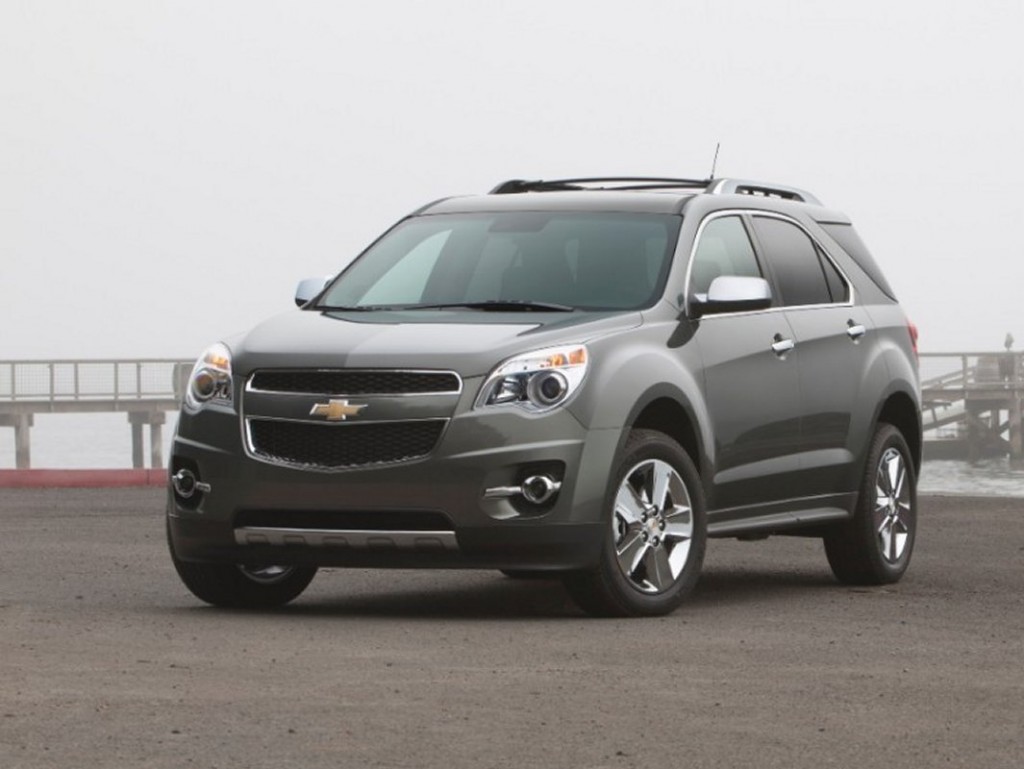 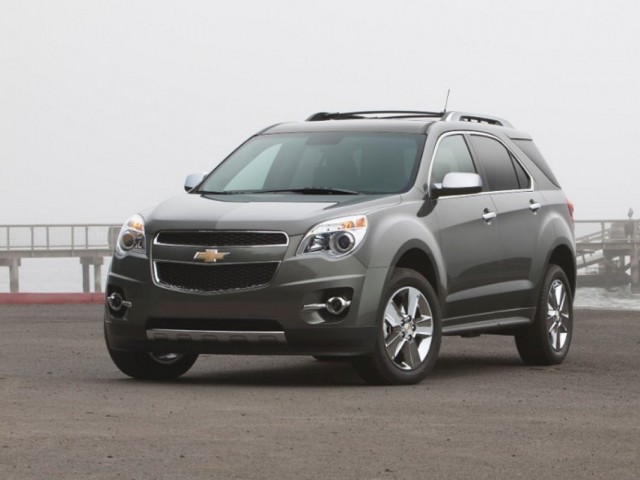 With its 2014 Chevrolet Equinox and 2014 GMC Terrain midsize crossover utility vehicles, General Motors [NYSE: GM] stands at the top of the latest round of crash-test results from the Insurance Institute for Highway Safety (IIHS).

Only those two models, plus one additional model, the 2014 Toyota Highlander, managed to achieve the agency's Top Safety Pick Plus (TSP+) accolade, although the Highlander earns an 'acceptable' rating for small overlap frontal protection, while the other two earn the top 'good' rating in that test and all of its subcategories.

MUST WATCH: NHTSA Gets It Right: New Anti-Texting Ad Will Give You A Heart Attack

The small overlap frontal test is one that has been phased in over the past couple of years; it's intended to mimic a situation in which the front corner of the vehicle impacts a tree, pole, or the corner of a building or oncoming car--focusing all the crash energy over a relatively small portion (25 percent) of the front end, at 40 mph. 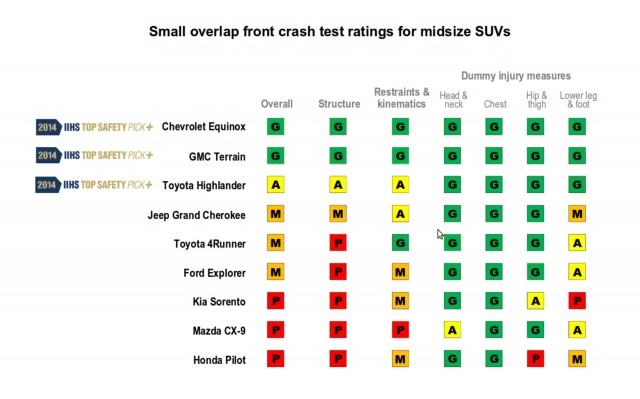 Among other models tested (nine in all), the Jeep Grand Cherokee, Toyota 4Runner, and Ford Explorer earned 'marginal' results for small overlap, while the Kia Sorento, Mazda CX-9, and Honda Pilot were rated 'poor.'

ALSO SEE: A Quick History Of The Automobile

It probably wasn't coincidental that the two worst-performing models in the group were those that haven't been full redesigned in many years. The CX-9 and Pilot, the IIHS says, "sustained significant structural collapse," and notes that in the CX-9 the side-curtain bag failed to deploy during the small-overlap test, with the driver dummy's head striking the windshield pillar. In the Pilot, the IIHS explains that the steering wheel moved five inches to the right "taking the frontal airbag with it."