Honda, Toyota Will Launch Hydrogen Fuel Cell Vehicles By 2015 (But They Won't Be Cheap) 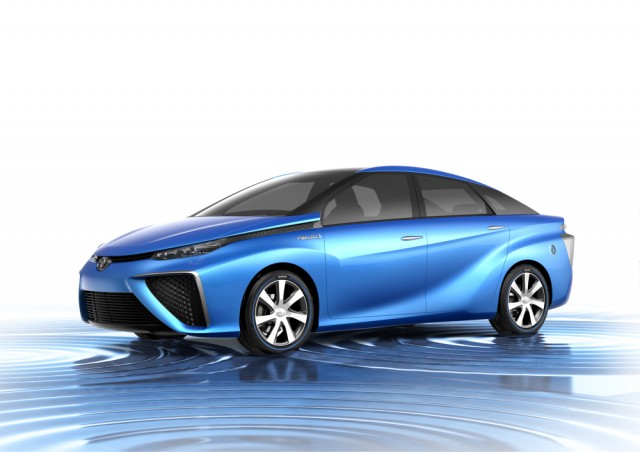 Are you already over electric cars? Do you find Tesla a bit ho-hum? If so, here's something to perk you up: according to a report in Nikkei, Honda and Toyota both plan to roll out hydrogen fuel cell vehicles, and the cars are on-target to hit showrooms next year.

The fact that both Japanese automakers are working on fuel cell vehicles isn't surprising. Honda's FCX Clarity test fleet has been roaming the streets for nearly six years, and on numerous occasions, Honda has reiterated its plans to release a model for the general public by 2015. Last summer, the company announced a partnership with General Motors to co-develop next-generation fuel cell technology.

Toyota has been equally aggressive on the fuel cell front. During January's Detroit Auto Show, Toyota's senior vice president for automotive operations, Bob Carter, lambasted fuel cell critics like Tesla's Elon Musk, vehemently insisting that fuel cells represent the future of automotive tech. Toyota has been showing off versions of the FCV Concept pictured above since the 2011 Tokyo Motor Show, and like Honda, the automaker has had plans to bring fuel cell vehicles to market in 2015.

Now, we have a few more details about the rollout of those vehicles. Nikkei reports that Honda and Toyota each expect to build 1,000 fuel cell vehicles in 2015 and slowly ramp up production, reaching the "tens of thousands" in the early 2020s. The rollout will depend in part on the development of the hydrogen infrastructure needed to refuel the vehicles. Honda and Toyota expect to focus sales efforts on Europe, Japan, and the U.S. (Currently missing from the equation: China's booming auto market.)

The other piece of the rollout equation will be pricing. Initially, Toyota had said that its 2015 model would debut with a sticker price around $50,000. However, Nikkei reports that Honda and Toyota each expect to offer their vehicles for slightly less than 10 million yen, or $97,700. Thankfully, those sky-high prices should drop to the level of heavier elements within a few years, hopefully hitting the 3 million yen mark ($29,300) by the 2020s.

The bigger question facing Honda and Toyota is how well conventional electric vehicles like the Nissan Leaf and the Tesla Model S will sell in the meantime -- a question that also depends on numerous factors, including charging infrastructure, pricing, and battery capacity. We love the idea of fuel cell cars, but if grid-powered electric vehicles take off first -- as they probably will -- the transition to hydrogen could be a very tough sell.