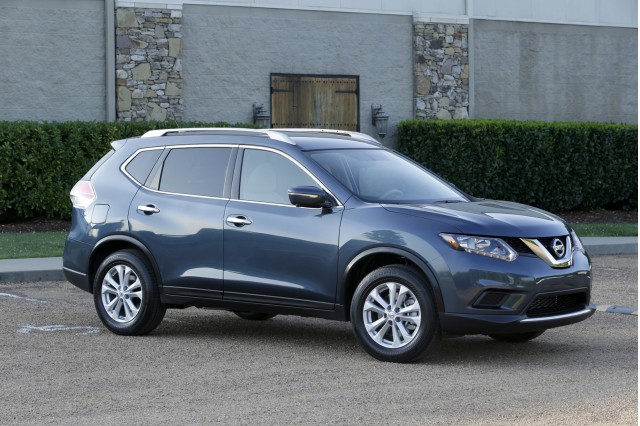 The redesigned 2014 Nissan Rogue crossover utility vehicle hasn't been on the market long; but it's already earned a top-tier score from one of the major U.S. safety organizations—in this case, the Insurance Institute for Highway Safety (IIHS).

The 2014 Rogue managed the insurance-funded group's Top Safety Pick Plus (TSP+) designation, which means that it earned top 'good' scores in all of five required categories; it's also been given a 'basic' rating for its front crash protection (with the optional Forward Collision Warning system).

That's a big improvement over the previous-generation Rogue—which, buyer beware, is still sold for the 2014 model year in cut-price form, as the 2014 Nissan Rogue Select. That version of the Rogue only manages an 'acceptable' score in the rollover-protection-related roof strength category, and an even more worrisome 'marginal' performance in the new small overlap frontal test, which simulates a frontal, off-center collision in which the vehicle hits a tree or utility pole—a particularly deadly and injurious type of crash.

In addition to all the expected safety features, such as side-curtain airbags, and stability control, the 2014 Rogue includes Nissan's Easy Fill tire alert, which cleverly tells you with quick honks of the horn when you're at the right tire pressure. And blind-spot monitors, a lane-departure warning system, and forward collision alert are all on the options list—in addition to a superb 360-degree surround-view camera system that adds to parking convenience and safety (that latter feature is standard on the Rogue SL and optional on the affordable SV).

See the video of the small overlap frontal test below, and visit our full review page for more about the 2014 Nissan Rogue.