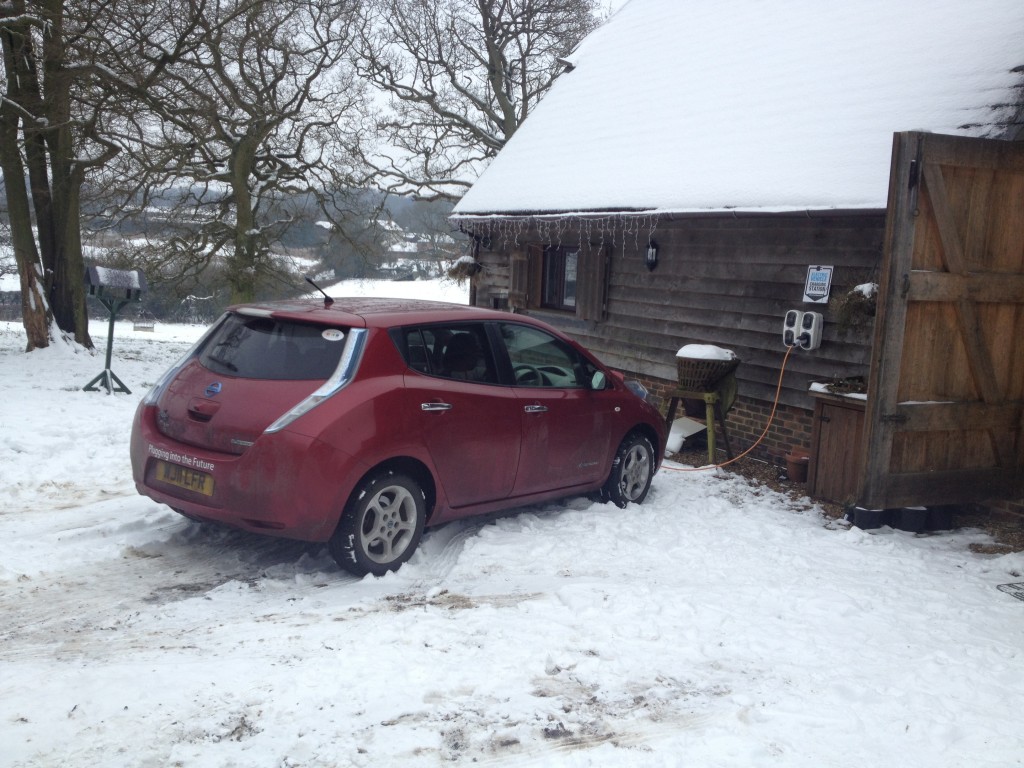 We've known for some time that battery range in electric vehicles can fluctuate in response to temperature. However, studies and simulations have produced varying estimates of how much range owners can expect to lose.

New tests conducted by AAA aren't the final word on the matter, but they could give consumers a glimpse of what to expect during the hottest and coldest months.

"Vehicles were tested for city driving to mimic stop-and-go traffic, and to better compare with EPA ratings listed on the window sticker..... Each vehicle completed a driving cycle for moderate, hot and cold climates following standard EPA-DOE test procedures. The vehicles were fully charged and then 'driven' on a dynamometer in a climate-controlled room until the battery was fully exhausted."

When tested at the moderate temperature of 75 degrees Fahrenheit, AAA says the three vehicles averaged 105 miles per charge. After the thermostat was cranked up to 95 degrees, however, that range plummeted to just 69 miles.

The batteries performed even worse in cold weather. When the vehicles were tested at 20 degrees Fahrenheit, they averaged just 43 miles -- a 57 percent reduction in range.

Electric vehicles and the battery technology they employ are still very new, so any data that's generated about them can be useful. However, there are a couple of problems with AAA's tests:

1. The limited sample set. AAA produced some intriguing findings, but ultimately, we want to see more than three vehicles put through their paces. Not only would we like to see results from a range of electric models -- including the Tesla Model S and the Chevrolet Volt -- we'd also like to see AAA test different versions of the same model (e.g. both a 2012 Leaf and a 2014 Leaf).

2. The lack of real-world testing. Dynamometers are important tools, but we want to know how electric vehicles perform in real-world environments, where temperatures fluctuate and landscapes undulate. Would cars perform the same? Better? Worse? Inquiring minds want to know.

If you've considered purchasing an electric car, let us know how AAA's tests affect (or don't affect) your thinking.