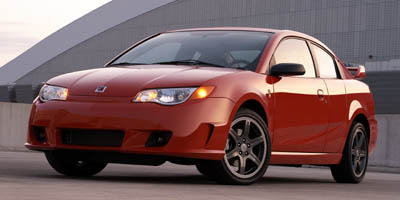 The ever-expanding recall fiasco known as "Switchgate" currently affects more than 1.62 million Chevrolet, Pontiac, and Saturn vehicles from the 2003-2007 model years, 1.37 million of which are registered in the U.S. However, the uproar over the recall doesn't stem so much from its size as its timing, and revelations from yesterday are likely to make the situation much worse.

We already knew that GM was aware of problems with certain ignition switches as early as 2004. The dodgy switches have been known to turn off engines, disabling power steering, power brakes, and airbags.

Over the past decade, such incidents have led to over 260 consumer complaints filed with the National Highway Traffic Safety Administration, as well as 31 accidents and 12 deaths. (Initially, the switches had been linked to 13 deaths, but it appears one of those fatalities had been counted twice.)

According to the New York Times, GM filed an updated chronology of the recall process with NHTSA yesterday. The new timeline revealed that the company first received reports of ignition-switch problems not in 2004, but three years earlier, in 2001.

Those reports arose while the automaker was developing the Saturn Ion, and engineers learned that the switch could turn off easily. However, GM says that a design update resolved the problem, and the company didn't think any more about it.

Though the "new GM" may not be liable for most of the accidents, injuries, and deaths associated with vehicles manufactured by "old GM", the company isn't getting off easy. Not only is GM facing a great deal of public backlash over Switchgate, it's also being scrutinized by the feds: a U.S. Senate committee on product safety will investigate the drawn-out timeline of GM's recall, and the Justice Department has promised to carry out a criminal investigation to determine if GM lied to or misled regulators.

Meanwhile, GM is doing its best to more forward with the recall (though it appears that the parts needed to carry out fixes aren't yet available). According to USA Today, the automaker has sent a bulletin to dealers, instructing them to:

1. Offer complimentary towing to owners who are afraid to drive their recalled vehicles to the dealership.

2. Offer complimentary loaner vehicles to owners whose cars are brought in for repair.

3. Offer those owners a special $500 discount toward the purchase of a new GM vehicle (good through April 30).

We're sure some owners will laugh in the face of item #3. However, GM dealers may be likely to give owners a better trade-in deal than those who aligned with other brands, who could be wary of taking on vehicles with such high-profile flaws.