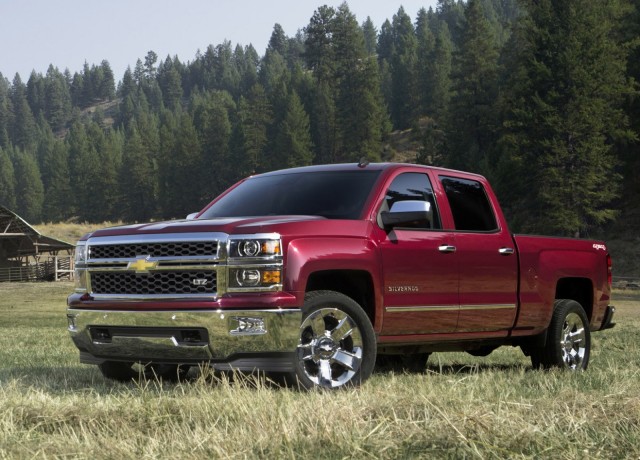 As weeks go, this is not a great one for General Motors. First, came news that the automaker was adding more than 580,000 vehicles to a massive recall of Chevrolet, Pontiac, and Saturn models. Then, we learned that this recall -- which now affects upwards of 1.3 million cars in the U.S. -- took nearly a decade to roll out, long after GM first received reports of the fatal flaw behind it.

Now, according to Detroit News, we learn that GM is struggling with another sizable recall, which would affect the 2014 Chevrolet Silverado and GMC Sierra pickups. The nearly 201,000 trucks were manufactured between January 29, 2013 and October 28, 2013.

What's interesting this time around is that GM has asked the National Highway Traffic Safety Administration for permission to skip issuing a recall, because it believes the problem affecting the Silverado and Sierra is "inconsequential" (GM's term, not ours).

According to a petition filed with NHTSA, the problem involves the trucks' instrument cluster, which can, under certain conditions, re-set itself. The re-set occurs when drivers use a USB port on the Silverado and Sierra to search for and play music from an external device. As the petition states:

"[U]nder certain circumstances when an owner uses the steering wheel controls to browse and select songs to play from an external device (i.e., MP3 player) that is plugged into one of the vehicle's USB ports, the instrument cluster may reset. When the instrument cluster resets the analog gauges and identifications, the PRNDM [shift position] indicator, and the cruise control telltale will briefly turn off. In addition, some of the instrument cluster telltales may also illuminate briefly without the condition the telltale is designed to indicate being present."

GM has tried to downplay the glitch, calling it "inconsequential" to the safety of drivers and passengers. The automaker also says that it has received only two complaints about the flaw, both of which came from the test fleet. To date, GM knows of no complaints filed with NHTSA.

And so, GM is asking NHTSA if it can dodge a recall of the affected pickups. In making its case, GM cites a 35-year-old ruling in which NHTSA agreed that a brief disruption of the telltale display wasn't a safety problem.

GM filed its petition back in October 2013, but NHTSA didn't post it to its website until this week.

There's no telling which way NHTSA will rule on this, but if we had coins to spare, we'd bet against GM. In recent years, NHTSA has proven its desire to err on the side of caution, ordering recalls for more than a few other apparently minor problems.

If you feel strongly about this, you can submit your thoughts in writing to NHTSA through March 26, 2014. (Click here for details.) You can also leave a note in the comments below -- though, sadly, we can't promise that David Friedman reads everything we post.