Australia's Auto Industry Is Dead: Could It Happen Here? 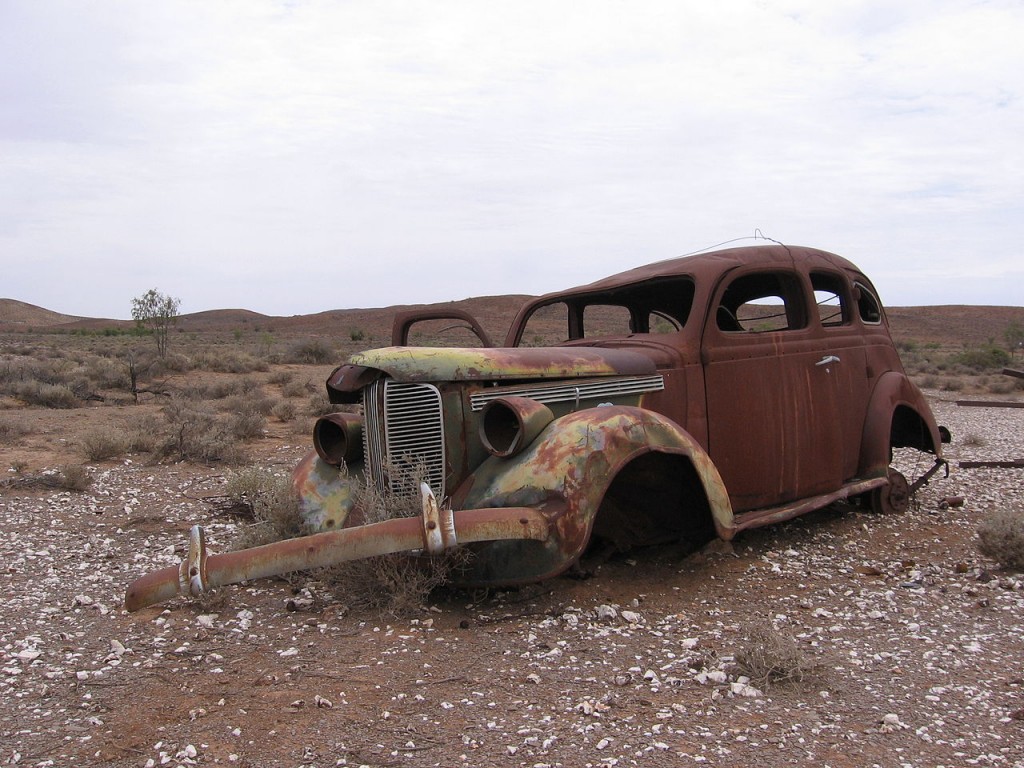 Today, Australia's auto industry was dealt a death blow. In a press release, Toyota Australia revealed "that it will stop building cars in Australia by the end of 2017 and become a national sales and distribution company."

Toyota Australia's president and CEO, Max Yasuda, and Toyota Motor Corporation president and CEO, Akio Toyoda, delivered the bad news in person at a press conference. Mr. Yasuda called it "one of the saddest days in Toyota's history".

Making the situation worse is the fact that Toyota was the last major automaker building cars in the country. With Toyota out of the picture, Australia's auto industry is dead.

COULD IT HAPPEN IN THE U.S.?

Toyota cites several reasons for the 2017 pull-out from Australia. Could any of the same factors apply to its U.S. operations? And more importantly, could they result in Toyota shuttering its production facilities here? Let's look the automaker's three primary grievances:

Like the Japanese yen, the Australian dollar is particularly strong at the moment. That's eaten into profits by increasing costs and reducing income. In Japan, it's forced many automakers to shift a significant chunk of production outside their home country. In a place like Australia, with no indigenous car companies emotionally and financially bound to the country, it's not hard to understand why the strong dollar forced automakers like Toyota out.

In the U.S., this is less of a concern. The federal government has worked to prevent the U.S. dollar from becoming too strong, and although for a variety of reasons it's hard for our dollar to fall too far by comparison, it's still weaker than many important currencies out there. That makes producing items in the U.S. more feasible because the process is less expensive. It also makes exports more profitable for U.S. companies, since an auto sale in, say, Japan, yields significantly more bucks when converted back to dollars. (For an overview of strong vs. weak currencies, check out this handy primer.)

2. "[H]igh costs of manufacturing and low economies of scale for our vehicle production and local supplier base"

High costs of manufacturing are, in part, related to the strong Australian dollar, but also to the strength of Australian unions. The low economies of scale are to be expected: after all, if Toyota's the only company ordering parts, those parts are considerably more expensive than if several other automakers were ordering, too.

In the U.S., the relatively weak dollar helps keep costs down, as do gradually weakening labor unions. Wages are still moderately high, and some production has moved to Mexico, where things are cheaper. But the shift to foreign production isn't likely to be dramatic because the labor pool necessary for the work isn't there. (Also, it would be a terrible PR move for many U.S. shoppers.)

On the supplier front, economies of scale aren't much of a concern at the moment -- at least not in the same way that they are in Australia. The U.S. has many, many suppliers who support a range of companies from Detroit and abroad.

3. "[O]ne of the most open and fragmented automotive markets in the world and increased competitiveness due to current and future Free Trade Agreements"

This is perhaps America's biggest Achilles Heel. Compared to some countries, our auto market isn't especially fragmented: we have a couple dozen major brands doing business here, while in China, there are hundreds. Free Trade agreements, however, have made it more financially feasible for companies of all stripes to import products to the lucrative, booming U.S. market.

The situation could become more complicated in the next few years thanks to the Trans-Pacific Partnership between the U.S., Australia, Brunei, Chile, Malaysia, New Zealand, Peru, Singapore, Vietnam, and possibly Japan. That could make imported vehicles cheaper, which could, in turn, cause some automakers to shutter their U.S. facilities.

Thankfully, the U.S. has few tricks up its sleeve. For starters, we have a fairly strict regulatory process for automobiles, which tends to weed out companies that aren't up to snuff. As one of the world's top-two economies, we're also able to make demands of our trade partners, saying, in essence, "Okay, you can have access to U.S. consumers, but only under X conditions and only if we get Y." That can often give U.S. production an edge.

A few more factors make it unlikely that automakers will scale back their U.S. activities anytime soon. For starters, America boasts a population that's nearly 14 times as big as Australia's, and we are a huge auto market. Furthermore, keeping activities close to the purchaser helps keeps costs down and can boost profits.

Just as importantly, there are many, many companies developing cars for all those U.S. consumers. That sort of intensive, research-and-development investment helps keep automakers rooted to the spot.

And let's not forget, the U.S. has a robust domestic auto industry. It's one thing for Japanese car company Toyota to pack up and leave Australia. It would be quite another for Ford or Chrysler or General Motors to leave Detroit and head to Brazil or Canada or Mexico.

Bottom line: at the moment, we think it's very, very unlikely that the U.S. auto industry will see many/any companies scale back stateside production anytime soon. It's simply too affordable and profitable to be here right now. But of course, that could easily change someday -- in fact, it probably will. Until then, we should probably just enjoy the ride.