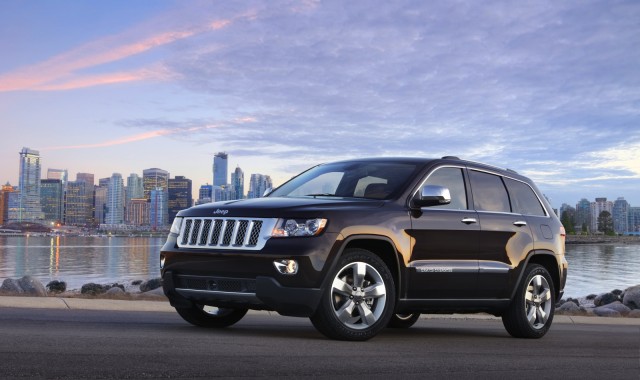 Two popular Chrysler models -- the Jeep Grand Cherokee and the Dodge Durango -- are being investigated by the National Highway Traffic Safety Administration after more than 40 owners complained that their vehicles caught fire due to a short in the electrical system. The investigation focuses on Grand Cherokees and Durangos from the 2011, 2012, and 2013 model years.

MUST READ: With Obesity On The rise, Do Seat Belts Need To Be Longer?

According to a bulletin from NHTSA's Office of Defects Investigation, the problem is linked to the wiring for the vanity lights located on the front sun visors. Early suggestions indicate that the wiring may have been damaged by screws that hold the sun visors in place. Since there's no dedicated fuse for the vanity lighting system, any short would continue to cause problems until it resolves itself or until the vehicle switches off.

Reports of damage vary in intensity. According to the bulletin:

"Customers reported a range of fire conditions ranging from minor overheating to an open flame at the headliner and/or sun visor material while driving the vehicle. In some reports the fire spread to the front seats and/or door panels of the vehicle. In one report, the sunroof was damaged causing the glass to shatter."

DON'T MISS: Missouri Judge Says, 'Yes, You Have A Right To Warn Other Drivers About Speed Traps'

Given the nature of the problem and the potential risk it poses to vehicle occupants, NHTSA has fast-tracked this investigation, zipping past the Preliminary Evaluation phase and moving quickly to the Engineering Analysis. If the agency determines that there's a consistent flaw with the wiring on the Grand Cherokee and the Durango, the third and final step would be a full recall. Should that happen, it would affect some 593,299 vehicles in the U.S.