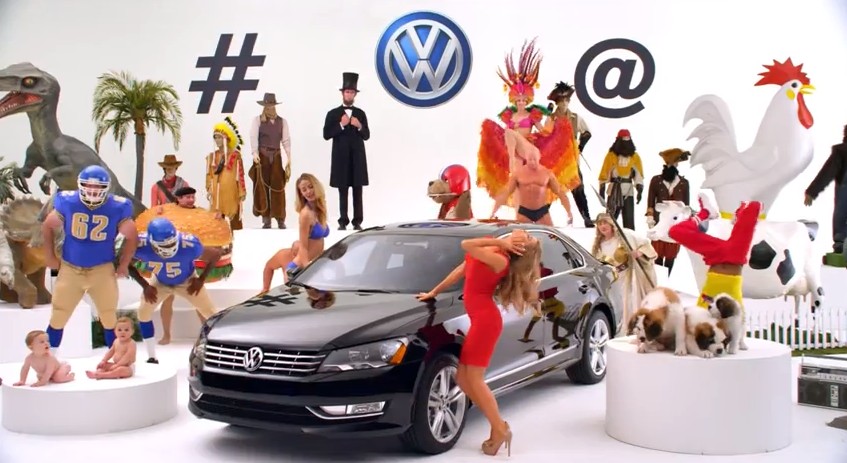 It's that time of year again: time to stock up on Rotel, replace the springs in the sectional, and prepare for the Super Bowl and its many amazing ads.

Or not so amazing, if Volkswagen's teaser for Super Bowl XLVIII is any indication.

Once upon a time, advertisers went to great lengths to keep their game day clips shrouded in secrecy. After all, advertising during the Super Bowl is a huge investment of time and money, and companies wanted their commercials to debut with all the "pop" of a Hollywood premiere.

But then came the internet, upending things as usual. In recent years, it's become quite common for advertisers to tease their Super Bowl creations for weeks or even months in advance of the big reveal. Leading the charge this year is Volkswagen, courtesy of a new clip called "Algorithm".

Three years ago, Volkswagen scored an advertising coup with "The Force", which has since become the most-shared Super Bowl ad of all time. The company's sophomore and junior follow-ups, however, didn't perform as well, leading many to wonder if VW's marketing team had lost its touch.

"Algorithm" isn't VW's official ad for Super Bowl XLVIII, it's simply meant as a teaser. Artistically speaking, it's designed to give viewers a sense of the tone Volkswagen will strike on February 2. Creatively speaking, it's pretty lazy.

As you'll see from the video embedded above, the clip features two stereotypically dispassionate German scientists, using their stereotypically advanced math skills to create an ad that's guaranteed to appeal to American viewers.

Their advertising algorithm creates a clip that includes all kinds of internet-themed fodder, from puppies and unicorns to hashtags and pirates. And then, like most ads calculated to "go viral", everything collapses.

Is it well done? Sure, the production values are high.

Is it clever? Not especially. VW and its ad agency ARGONAUT didn't even bother to use interesting memes. Where's Grumpy Cat? Lil' Bub? Pedobear? Doge? My Little Pony? Hot dog legs? There were a lot of possibilities, is what we're saying.