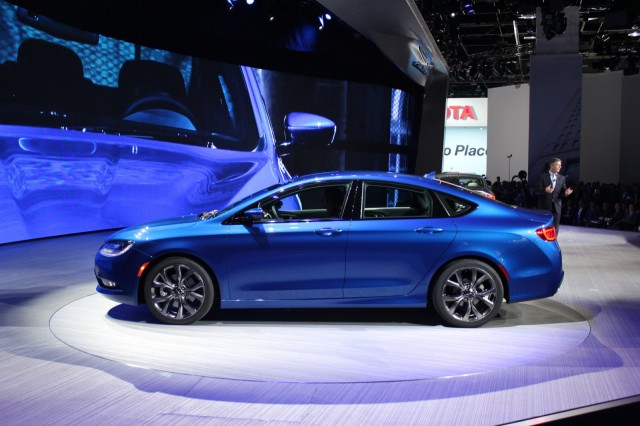 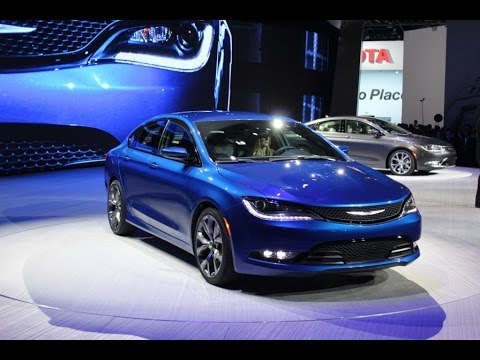 Chrysler has been on the big comeback trail, but that comeback won't be complete until it has a great mid-size sedan to compete with cars like the excellent Ford Fusion and Honda Accord.

We think it may have one with the 2015 Chrysler 200. We took a first look at the new mid-size Chrysler sedan, its drivetrain lineup, and its infotainment offerings at Cobo Center this week, in advance of a first drive in a few weeks.

At first glance, the new 200 eradicates the shortcomings of the old 200 sedan and convertible pretty thoroughly. The convertible's gone entirely, and the sedan swaps a duller outline for a quite attractive look that grabs the roofline treatment of the now and stitches it on to a body derived from the same architecture as the Dodge Dart.

Inside, the 200's cockpit is just stunning, with big screens taking over many of the car's functions on the center stack and gauge panel. There's no shift lever at all--just a rotary control for the transmission, a la the latest Rams.

The 2015 200 will come with a choice of engines, either a 184-horsepower, 2.4-liter four-cylinder or a 3.6-liter V-6 with 295 hp. Both are paired with the same nine-speed automatic now found in the Jeep Cherokee, and some versions are equipped with shift paddles. All-wheel drive that disconnects its rear axle for better gas mileage is an option.

The rotary shift control opens up the interior in the same way the pushbutton treatment refactors the dash in the Lincoln MKZ. There's a long, low center console in the 200 with useful storage and a lower pass-through compartment. The materials and color choices are on the same high level as those in the Cherokee, on first pass.

For more, watch this video and read our 2015 Chrysler 200 preview--and stay tuned for a first drive in the spring.