Korea's Ssangyong Coming To America In 2016 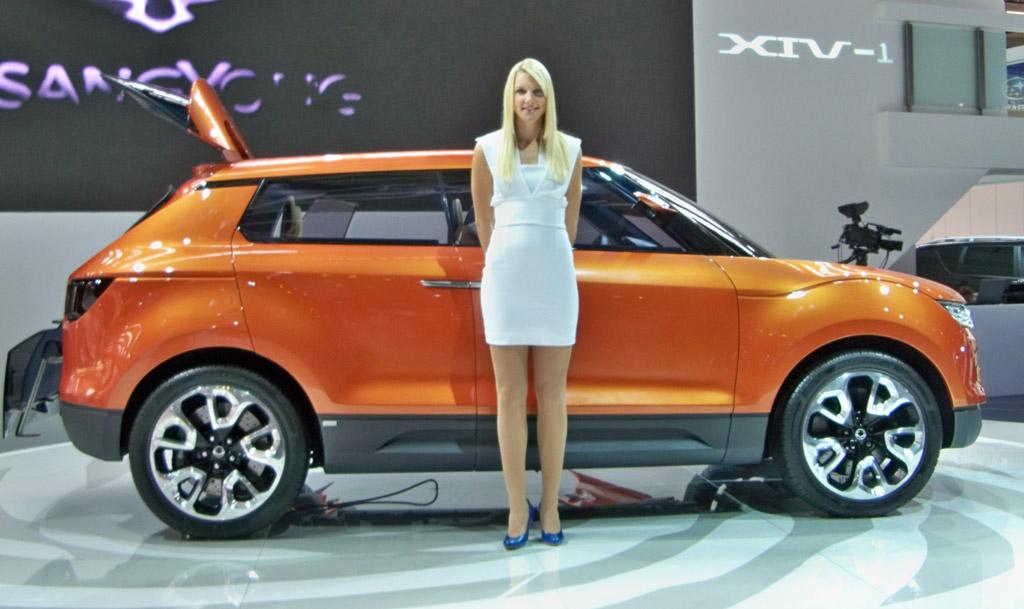 Technically speaking, China is the world's largest car market: in 2013, it became the first country on Planet Earth to surpass 20 million auto sales in a single year.

But despite that staggering achievement, in many ways, China remains the Wild, Wild East. Like the Wild West of 19th century America, there's money to be made in China, but the country's wobbly steps toward capitalism, its lack of transparency, and its conflicted position on environmental issues mean that there's a lot of uncertainty (and smog) in the air. Investors could dive in and become gajillionaires, or they could make it out with nothing.

Which is why America -- the world's second-largest auto market -- remains so alluring to so many companies. We may not be seeing 14 percent growth, but we're stable, and we've been at this capitalism thing a long time, so there's a degree of predictability.

And that, in turn, is very, very attractive to foreign automakers. It's pulled in Fiat (and soon, its sister, Alfa Romeo), it's cast a spell on Geely, and it's also luring South Korea's Ssangyong to these shores in 2016.

If you're not familiar with Ssangyong, it's known as a maker of inexpensive crossover vehicles -- something that could be attractive to utility vehicle-loving U.S. consumers. But the battle won't be easily won.

GETTING SSANGYONG OUT OF FIRST GEAR

For starters, there's the name. Americans may be fiercely open-minded, but "Ssangyong" is going to present some marketing challenges -- and not just because of the spelling. Even Ssangyong's CEO admits that the name sounds Chinese, which could be off-putting to U.S. consumers, who have less-than-pleasant associations with the phrase "Made in China". (Heck, it's even off-putting to the Chinese, which explains why Volvo's new owners are downplaying their Chinese roots.)

Then, there's the company's size. Ssangyong only sold around 143,000 vehicles last year, all of which were manufactured at one plant in South Korea. To make an impression in the U.S., it'll need to ramp up production considerably. After all, it's not making high-end, halo vehicles like Lamborghini or Bentley; it's touting itself as a low-cost, mass-market automaker. Translation: quantity over quality.

And then, there are the company's limited resources to consider. Just a couple of years ago, Ssangyong was in receivership. It's begun a turnaround, but it may not have stockpiled the reserves it needs to crack the notoriously tricky U.S. auto market.

Complicating matters are its distribution plans, which seem iffy at the moment. If Ssangyong were owned by General Motors or Hyundai, it might be able to leverage that partnership to get a foothold here. As it is, however, Ssangyong's majority owner is Mahindra -- the Indian company that boasted and bragged for years about conquering the U.S. market, only to fizzle out after failing to deliver any of its promised goods.

Will Mahindra's desire to dominate the U.S. turn it into an automotive stage mother, pushing Ssangyong to succeed where it failed? Will Mahindra and Ssangyong be able to pool enough cash to make an impression on wary consumers? And most importantly, will Ssangyong's crossovers be any good?

We can't answer any of those questions, but you can bet we'll be watching to find out.