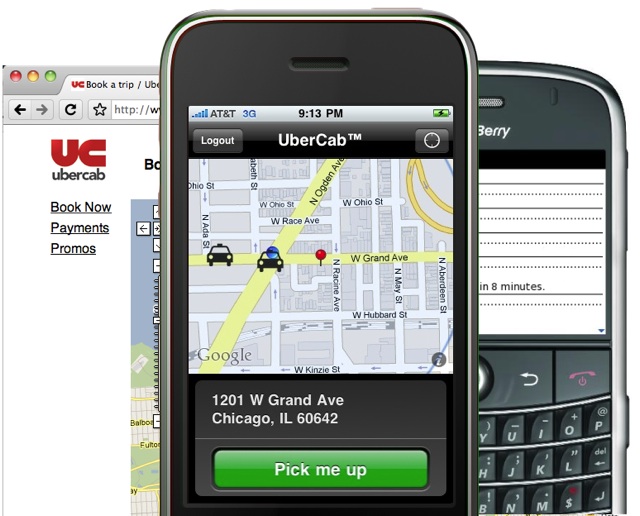 On New Year's Eve in San Francisco, a six-year-old girl was killed and her family members were seriously injured when they were struck by a vehicle while crossing the street. According to TechCrunch, the driver of that vehicle, Syed Muzzafar, worked for Uber.

Uber has caused a big stir the past few years, especially among taxi drivers. Launched in 2010, it was initially a way for cab companies to extend their reach by tapping into Uber's network of users. Eventually, however, Uber began allowing individuals to sign on as drivers -- just like competitors Lyft and Sidecar.

When that happened, many cities began to worry. Taxi drivers and their rides are typically subject to a battery of tests and inspections -- after all, they're shuttling around members of the public for cash. In places like Dallas and Miami, officials did their best to keep Uber and similar companies from doing business.

California took a more open approach and created a brand-new class of licensing for "Transportation Network Companies". Under the 2013 law, drivers and vehicles employed by ridesharing companies have to pass tests comparable to those carried out on conventional taxis and drivers.

THE QUESTION OF INSURANCE

But California's new law hasn't answered every question or closed every loophole. Consider, for example, the question of insurance.

Uber drivers are covered by Uber's insurance policy when they're giving rides to passengers. Between rides, however, the situation is much grayer.

Uber has confirmed that in the case of the New Year's Eve accident, Muzzafar "was not providing services on the Uber system". In other words, Muzzafar likely won't be covered by Uber's insurance policy should he be convicted of any wrongdoing -- at least according to company policy. The question is: should he be?

Generally speaking, if a conventional taxi driver were on duty and became involved in an accident, she would be covered by the cab company's insurance policy, whether or not there were passengers in her vehicle. Why doesn't the same rule apply in this case? The simple answer is: this is terra incognita.

In the law's eyes, Muzzafar likely qualifies as an independent contractor -- after all, he's responsible for providing his own vehicle (whether it's his or whether it's borrowed), he's responsible for setting his schedule, and he's working outside Uber's official office space. A long history of legal precedents has established when contractors are covered by a hiring party's insurance policy and when they're not.

The difference is, with most independent contractors, it's fairly clear when they're on the job and when they're not. With Uber, there are many more variables. Was Muzzafar en route to a pickup? Had he just finished one? Did he have the Uber app open on his phone? Or had he shut down and headed for home? And perhaps more to the point: what constitutes "providing services on the Uber system" anyway?

THE SHAPE OF THINGS TO COME

As tragic as this situation is, it's likely to happen again -- in fact, we'd be surprised if it didn't happen more often in the future. That's because the nature of employment is changing, and Uber shows us how.

For starters, the 9-to-5 routine is disappearing (if it still exists at all): even when we're at home, most of us are still metaphorically at work. Thanks to smartphones, tablets, and laptops, we're connected to our jobs 24/7, never more than a text or email away from our co-workers. So for example, if we're driving down the highway, and we get a call from our boss, and that call distracts us, causing an accident, should we be covered by our employer's insurance?

Complicating matters is the growing trend known as BYOD, or Bring Your Own Device. In certain sectors, it's increasingly common for employers to ask employees to use their personal devices for work-related purposes, further blurring the line between on-the-clock and off-the-clock. For example, if an employee commits an illegal act -- say, fraud -- using her personal computer, but she does so while sitting at her employer's desk, who's liable? With Muzzafar, the situation wasn't all that different: he was, after all, using his car and his own smartphone.

It goes without saying that no penalty, no sentence, no sum of money can bring that six-year-old girl back to life. However, we hope that the courts take this opportunity to set some precedents to minimize legal gray area in the future. In situations like this, uncertainty only adds to the frustration and pain that all parties are forced to endure.