NHTSA: Ignition Interlocks Should Be Required For All Drunk Drivers, Even First-Timers 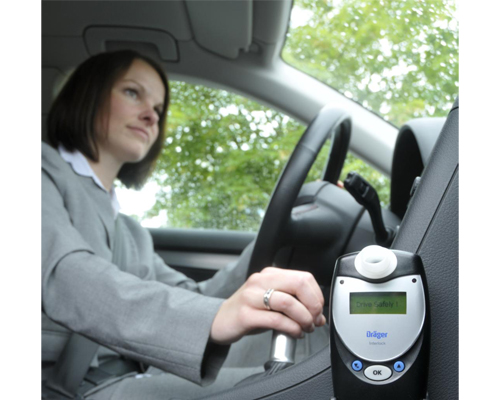 'Tis the season to be jolly -- occasionally, too jolly. With the eggnog and wassail a-flowin', the National Highway Traffic Safety Administration figured now is a perfect time to encourage states to ramp up their efforts to end drunk driving.

According to Detroit News, NHTSA wants every state to implement laws that would require even first-time drunk drivers to install ignition interlocks on their vehicles.

Interlocks typically include some form of mechanism that analyzes a driver's breath before she can start her vehicle. If the analysis reveals that the driver is over a pre-set blood alcohol limit, the car won't start. Various safeguards exist to prevent passengers from breathing into the device, including random re-tests while the engine is running.

Currently, all states have some kind of interlock requirement on the books.  Eighteen states require ignition interlocks installed on the vehicles of anyone convicted of drunk driving. Another four require them in the case of especially high blood alcohol content tests, nine require interlocks for repeat offenders, and eight require them in both instances. Eleven states give judges discretion to require interlocks as they see fit. Only territories like Guam and the U.S. Virgin Islands have no interlock laws at all.

But of course, each state -- and even some counties -- have slightly different ways of applying those laws. That's why NHTSA has published a whitepaper (PDF), outlining its recommendations for strengthening such laws and making them more consistent across the country. Among the agency's suggestions:

The publication of these guidelines coincides with NHTSA's $7.5 million "Drive Sober or Get Pulled Over" advertising campaign, which runs throughout the holiday season and reminds motorists about the hazards of drunk driving. The timing of the campaign is appropriate: NHTSA says that during the past ten years, "almost two of every five (41 percent) deaths that occur around the New Year's holiday and the Christmas holiday (37 percent) were alcohol-impaired, compared to 31 percent nationally...."

Perhaps more shockingly, fatalities due to drunk driving are on the rise once more: they jumped 4.6 percent in 2012, accounting for 10,322 deaths compared to the 9,865 attributed to drunk driving in 2011.

No matter where you live, whether you're going over the river and through the woods this holiday season or sticking close to home, please drive safely. Failing to do so could land you in jail -- or worse. A lot worse.