2014 Honda Civic Gets The Hint, Makes Smartphones Central To The Driving Experience (Video) 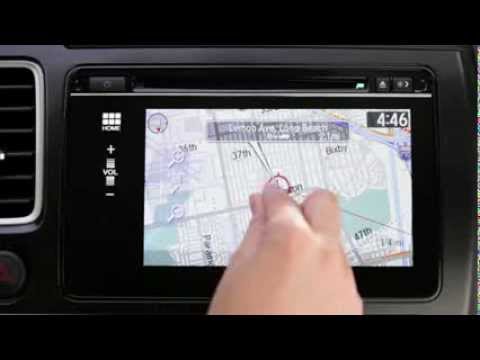 There's a three-way battle underway, with each party vying for control of your dashboard.

The first contenders are companies like Garmin and TomTom -- device-makers that built their reputations on simple, effective, portable tools for navigation. These folks are clearly on the losing end of the stick. While dashtop gadgets once seemed cutting-edge, we now see them for what they are: clunky, one-trick ponies. With all the smartphones and smartwatches and smartglasses and smartbras cluttering our lives, the last thing any of us want is another thing to keep charged -- especially when we can get the same results from gadgets we already own.

Next up: automakers. They have the homefield advantage -- after all, they built your dashboard, so it would seem easy for them to control it. Unfortunately, car companies have largely underwhelmed on the telematics front. Consider MyFord Touch, which is almost single-handedly responsible for Ford's jaw-dropping tumble in initial-quality rankings. Other automakers aren't faring much better. Many have managed to create overly complicated information systems that frustrate owners instead of doing what they're meant to do: making driving simpler.

The last of the lot: smartphone makers. Though their devices may not seem especially powerful, handset manufacturers have one very serious advantage: unlike cars or navigation gadgets our phones are with us all the time. Seriously, when was the last time you found yourself more than 10 feet away from your phone? We use them for communicating, for watching movies, for listening to music, and for whiling away the hours in doctors' offices. We are intimately familiar with them -- and that's why they're probably going to win the battle for the dashboard.

The Chevrolet Spark, for example, debuted with the BringGo app, which mirrors a driver's smartphone interface on the Spark's in-dash screen. That makes it easy for motorists to access apps like Google Maps and iTunes -- the sorts of things we need when we're on the road. Similar technology appeared earlier this year on the intriguing Volkswagen iBeetle.

Now, Honda has hopped onboard -- at least partially -- with the newest iteration of the HondaLink app for the 2014 Honda Civic. HondaLink connects Honda's Display Audio screen on the Civic's center stack with a user's smartphone. (Currently, it only works iPhones 5 and later, but an Android version is in the works.) At a cost of just $60, it's one of the cheapest ways for new-car shoppers to get navigation right on the dashboard.

IT'S NOT ALL GOOD NEWS

We should point out, however, that HondaLink isn't quite what drivers had hoped for. The iBeetle, for example, uses technology like MirrorLink to create a modified version of the user's smartphone right on the car's display screen. While HondaLink provides access to media and communications tools (e.g. music libraries and Siri), it doesn't replicate a phone's interface, nor does it allow drivers to use their preferred navigation programs like Google Maps.

That's a big problem. As you can see from the video above, HondaLink uses Nokia's less-than-elegant HERE app for navigation. (Note how many steps the user has to go through to set a destination. Ugh.)

What's worse -- and a bit shady -- HondaLink uses a smartphone's data connection to access current maps and traffic info. True, that prevents Honda from having to install an onboard modem and keeps drivers from having to pay another monthly data fee. But honestly, if drivers are providing the internet connection, it seems a little nervy to charge them $60 for an app.

Though HondaLink isn't perfect, it's a step in the right direction. It puts the smartphone closer to the center of the infotainment experience and elbows automakers slightly out of the way.

In the near future, we expect that smartphones will win their fight for control of the dashboard. In fact, phone integration is so important to today's consumers that recent studies show new-car customers are unwilling to purchase vehicles that can't pair with their phones.

Further down the road -- when internet access becomes as ubiquitous as, say, radio -- we hope to see dashboards that mimic Google's current browser interface, giving users access to all their important data with one simple login, no matter where they are. That will create a consistent experience from car to car to car, no matter what users drive. (FWIW, Apple is already hard at work on this.) It will also allow automakers to focus on what they do best -- namely, making cars -- and leave tech to the tech firms.