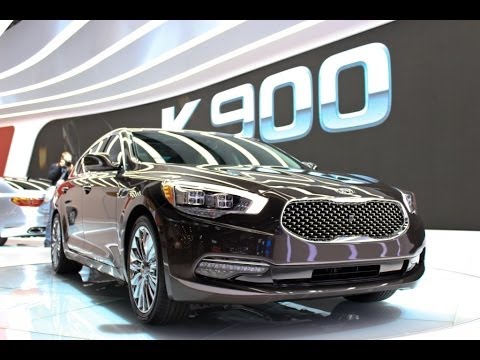 Kia's known for its economy cars, and even for its mid-size Optima sedan--but luxury? That's an unknown, at least until next year, when the South Korean automaker adds a hulking luxury sedan to its lineup.

With the K900, Kia leapfrogs its Cadenza full-size sedan and digs into the market segment rife with world-class cars like the E-Class, 5-Series, and even the XJ. There's also the Hyundai Equus, which not so coincidentally, the K900 shares its architecture.

There's one key difference between the Equus and the K900, however. The Hyundai luxosedan is V-8 only; Kia's lineup-topping four-door opens with a V-6 with 311 horsepower. The V-8 is an option: it's worth 420 horsepower. Both engines team up with an eight-speed automatic.

The K900 has a 119.9-inch wheelbase and is about 64 inches wide. That enables a sybaritic rear seat with heating, ventilation, reclining and massaging functions entertained by twin LCD monitors and a 17-speaker Lexicon audio system

For more from the L.A. Auto Show, click here.