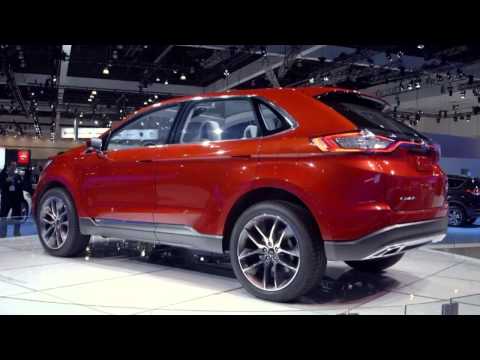 The Los Angeles Auto Show always comes through with green cars, luxury cars, and a few surprises. And true to form, this year's show christened a new Porsche SUV, a new electric VW, and a new convertible from BMW.

These were just a handful of the big reveals from this year's show:

BMW 4-Series: The replacement for the BMW 3-Series coupe and convertible, the new 4-Series was shown as a hardtop convertible for the first time in L.A. With either a turbocharged four with 240 horsepower or a twin-turbo six with 300 hp, the 4-Series can also be fitted with a folding top that raises itself or lowers in 20 seconds, for all-year, all-weather driving.

Chevy Colorado: GM's new mid-size pickup is aiming for a fight with the likes of the Nissan Frontier and Toyota Tacoma. It's equipped with a base four-cylinder, has a six-cylinder as an option, and eventually will add a diesel to its mix. The '15 Colorado will come in extended and crew-cab bodies, with a bed size of up to 6 feet.

Subaru WRX: The proto-rally car comes in the same formula as always--turbo four, all-wheel drive--but this time to go with the six-speed manual, there's an option for a CVT. We'll be driving this 268-hp beast soon.

Porsche Macan: The second SUV to join the Porsche lineup, the Macan (Indonesian for "tiger") will be the compact companion to the Cayenne, and will come with all-wheel drive and a choice of six-cylinder powerplants, with either 340 or 400 hp.

Ford Edge: Ford's next mid-size crossover was shown as a concept, with no info divulged on powertrains. We expect turbo fours in its future when the new Edge bows in late 2014.

Lincoln MKC: It's essentially a version of the Ford Escape, but you'd never recognize the Lincoln MKC as a twin, what with its beautiful shape and its shifter-less interior. Lincoln offers a choice of two turbo fours, the top one producing 275 hp.

Kia K900: This is no economy car: the new K900 is a rear-drive luxury car with 420 hp and a back seat like a first-class airline seat.

VW e-Golf: Volkswagen leads in diesel power, but its next venture is a battery-powered Golf. The e-Golf nets about 115 hp, and has a claimed all-electric driving range of 70 to 90 miles.