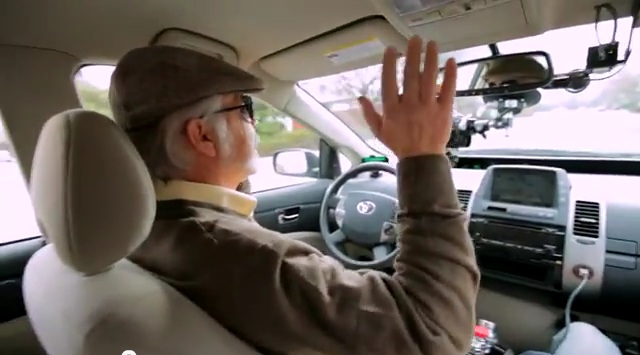 Autonomous cars are on the fast track: Toyota has promised to launch early versions of self-driving vehicles by the mid-2010s, with other automakers to follow. But at least two big questions need to be answered before those cars arrive in U.S. showrooms:

1. Will the public buy autonomous cars? (Signs point to yes, so long as they bring financial benefits.)

2. How will they be regulated? (Answer unsure, check back later.)

Before #2 gets resolved, the National Highway Traffic Safety Administration has to become a lot more comfortable with the idea of self-driving vehicles. It's not just the idea of millions of motorists speeding down freeways with their noses buried in the Facebooks that worries NHTSA; it's the completely new paradigm that autonomous cars usher in.

MUST READ: Tesla Gets Creative With Model S Safety Rating & Ruins It For Everyone

The biggest hurdle still seems to be liability: when autonomous vehicles collide, who's at fault? Automakers? Software engineers? Drivers? There are other, more wonkish issues to address, too: communications protocols, infrastructure models, and so on.

It's concerns like these that NHTSA and automakers expressed earlier this week before a Congressional subcommittee. The hearing was interesting for a couple of reasons, not least of which was the fact that different automakers have very different opinions about the speed at which autonomous vehicles will arrive. Many companies outside the U.S. have promised such cars in the next decade or less. New entrants in the field, like Google and Continental, see heavily autonomous vehicles on the same trajectory.

But Detroit automakers are considerably more cautious. A General Motors rep told House members that autonomous vehicles were still a long way off. And at this week's Connected Car conference, Ford's Jim Farley essentially said that autonomous vehicles won't really happen until tech companies and automakers start working together. (Given the amount of hatred hurled at Ford's biggest forays into auto tech, MyFord Touch and Sync, Farley's probably onto something.)

NHTSA's David Strickland told legislators that autonomous vehicles aren't ready to operate on public roads, except in test situations. And Kevin Vincent, the agency's chief counsel, went a step further, saying that research in the autonomous-car field is great, but added that it is "premature" for any company to begin planning rollouts of self-driving vehicles. Yikes.

CHECK OUT: Would You Buy A Car From A Vending Machine?

That should cause concern among the bigwigs at Toyota, Nissan, Daimler, and other companies planning autonomous cars. After all, it doesn't do them much good to create first-generation autonomous vehicles if NHTSA isn't going to allow them on U.S. roads.

On the bright side, NHTSA has been preparing for the arrival of autonomous vehicles for some time, and over the summer, the agency debuted official groundrules for autonomous vehicles. How long will it take NHTSA to turn those groundrules into full-fledged regulations? We can't say, but given the glacial pace at which the agency has rolled out specs for the much-simpler back-up camera, we're not getting our hopes up.