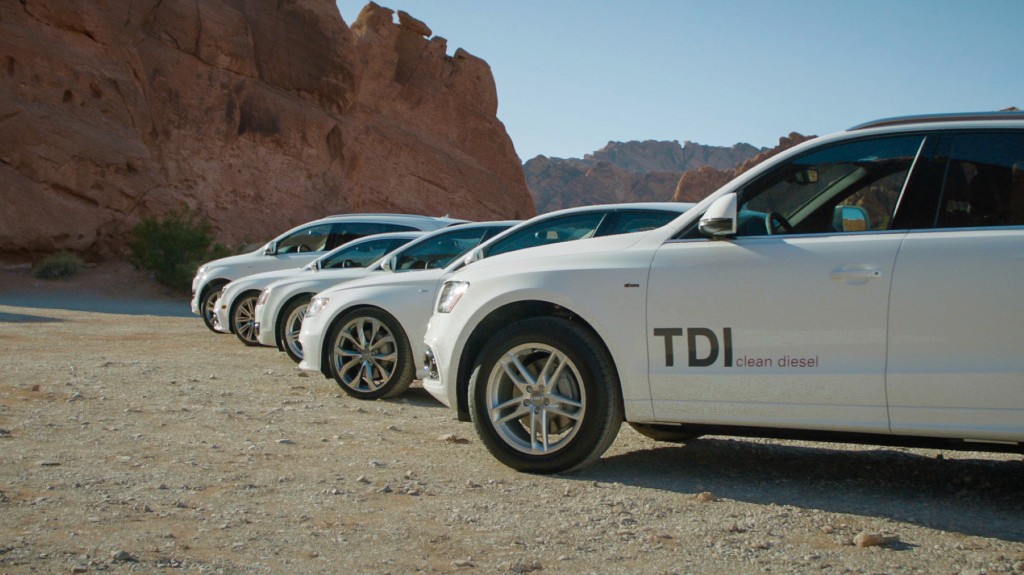 Due to environmental concerns and increasing government regulation, automakers around the globe are working to create vehicles that achieve greater fuel efficiency and reduce emissions.

Many automakers are relying on hybrid and electric technology to reach those goals, but not Volkswagen: VW and other European companies have put most of their eggs in the diesel basket. That's likely because of Europe's high comfort level with diesel vehicles. In the U.S., however, the lay of the land is very different.

A PROBLEM OF PERCEPTION

U.S. consumers tried diesels in the 1970s and 1980s, but were turned off by their loud engines and overpowering smells. Clean diesel vehicles have begun to change American minds, but they've been relatively slow to catch on. That's presenting growth problems for VW and its compatriots.

To make things more difficult, the U.S. government has enacted new fuel economy and emissions standards, setting increasingly higher benchmarks through the year 2025. Those standards are aimed at boosting sales of hybrids and plug-in vehicles, rather than diesels.

Volkswagen and Mercedes-Benz have both criticized the new regulations, insisting that they give U.S. and Asian automakers unfair advantages and that they'll increase the cost of cars for consumers. So far, however, U.S. officials have been unwilling to budge.

VW hasn't budged, either. Though it's bringing an all-electric Golf to the U.S., the automaker's marketing team is still in overdrive, pushing clean diesel vehicles.

The same goes for VW's sub-brand, Audi, whose American division president once called the extended-range electric Chevrolet Volt "a car for idiots".

Despite placing a sleek, sexy, fully electric Audi R8 in the latest Iron Man film, the company has since pulled the plug on its electric vehicle program.

So, what's a diesel-loving brand like Audi to do?

First, hold a media-friendly diesel rally in D.C. to make its case to the press and to legislators.

Audi recently commissioned just such a study from marketing powerhouse Harris Interactive. Harris interviewed a total of 2,041 U.S. adults, of whom 1,629 drove on a regular basis.

Audi says that the study proves that Americans would love to see more diesel vehicles in showrooms and more support for diesel vehicles from the U.S. government. Among other things, the Harris survey revealed that:

That last item likely reflects the memories that older drivers have of previous-generation diesel vehicles. According to Audi of America's Scott Keogh, "One of the reasons we are seeing this disparity between age groups may be because younger generations don’t have the same misconceptions about diesel as older generations."

Translation: "You old bromide-swilling fuddy-fuddies are stuck in your ways, but the younguns know what's what."

Keogh also noted that "Audi believes there are a variety of viable alternative fuel solutions, including electric, but diesel is readily available today. If you take away the disincentives that state and federal taxation policy create, we potentially could see a big uptick in clean diesel vehicles sales."

It's hard to dispute the survey's findings. Harris, after all, is one of the world's biggest survey firms, and it has a record of adhering to best practices and methodologies.

That said, the results are intriguing, to say the least. We'd be interested to know exactly how the study's questions were phrased. As we've seen on the political front, the wording of surveys, ballot items, and other issues can often create loaded questions.

Will Audi's survey have any effect on CAFE regulations? We doubt it. But the release of the study is interesting, coming at precisely the time when the Obama administration is taking huge amounts of heat for other policies on healthcare and the like. Coincidence?