2014 Volvo XC90: After All These Years, Still A Top Safety Achiever 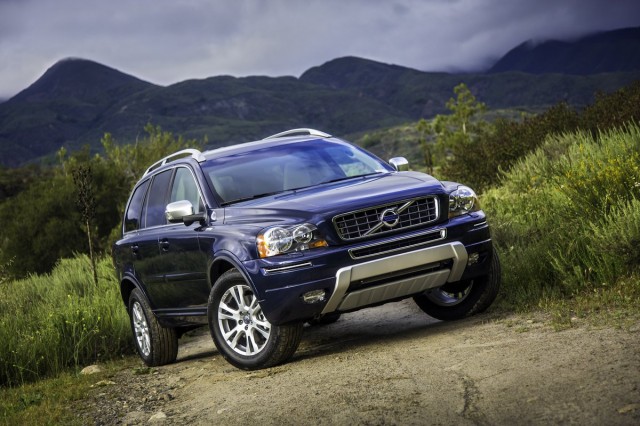 As of 2014, the Volvo XC90 crossover has been on the market for a dozen years; and its structure hasn't seen any extensive reengineering during that time.

Yet the 2014 Volvo XC90 managed a top-tier performance in the tough new Insurance Institute for Highway Safety (IIHS) small overlap frontal category, and it's one of relatively few vehicles on the market to be named a Top Safety Pick+ award for 2013.

The 'good' result corresponds to a low likelihood of significant injury in the situation that the test simulates—when the front corner of the vehicle hits a tree or utility pole, or another vehicle.

From watching the video of the impact (below), we can also say that the XC90 deflects the impact sideways, more than most other vehicles—likely another key to its top performance. And since safety officials or engineers probably had no way of anticipating the small overlap test at the time this structure was engineered nearly 15 years ago, it speaks well for this vehicle in general—and it's worth considering that a strong, well-designed structure not merely 'engineered to the test' might offer the best real-world results. The XC90, in support of that, has a great long-term record for low medical claims according to the Highway Loss Data Institute, the companion group to the IIHS.

In order to earn the TSP+ nod, a vehicle must earn top 'good' ratings in four of the five evaluations (frontal, side, and rear impact, along with roof strength, and the new small overlap test), but with no worse than 'acceptable' in any of them.

The IIHS notes that the XC90 is already the third Volvo to earn the TSP+ accolade since they started the new test in 2012.