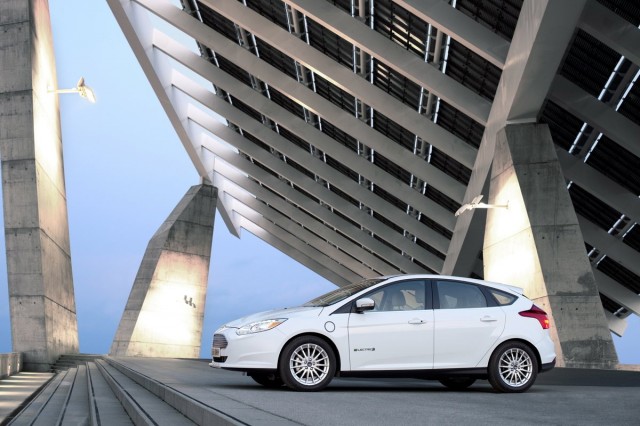 Ford Motor Company has issued a recall for certain models of the Ford Focus Electric and Ford C-Max. The recall stems from a software flaw that could allow thieves to drive off with the vehicle.

According to a bulletin from the National Highway Traffic Safety Administration, the recall affects 2012 and 2013 models of the Focus Electric and 2013 models of the C-Max that were equipped with Ford's Intelligent Access Push Button Start System. Due to a software glitch in that system, "there is no audible chime when the vehicle is operational and the driver's door is opened.... Without an audible door chime, a vehicle owner may open the door and exit the vehicle without being reminded that the vehicle is still operational, leaving the vehicle susceptible to theft."

NHTSA estimates that 23,000 Ford vehicles are affected by the recall.

Ford says that it will alert owners to the recall before the end of the month. After receiving recall notices, owners will be able to take their vehicles to Ford dealers, who will perform a free software update for the door chime.

If you own one of the affected vehicles and have questions in the meantime, we encourage you to contact Ford at 866-436-7332. Be sure to reference the Ford recall number, 13C07.