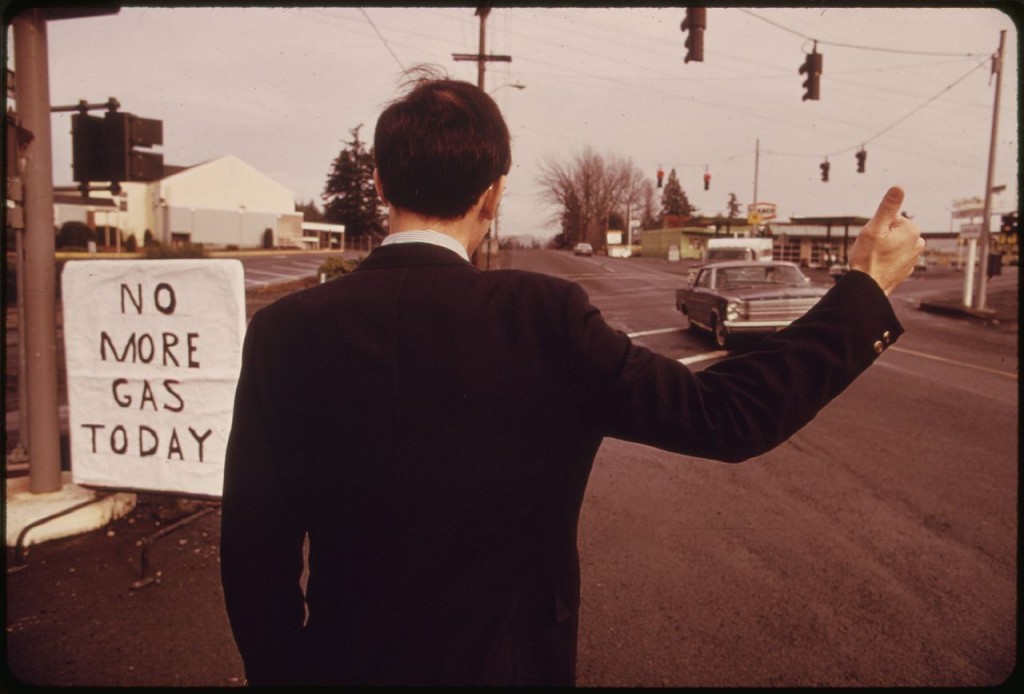 Last week, Israeli Defense Forces commemorated the 40th anniversary of the Yom Kippur War with a series of tweets (one of which was misread by investors, causing a brief spike in oil prices). Most Americans don't remember the details of the war, but many remember its aftermath: the OAPEC oil embargo and the subsequent U.S. gas crisis.

Since this isn't a history blog -- well, not much of one -- we'll spare you the full recap. The key point is that the war began on October 6, 1973, when a coalition of Arab states -- led by Egypt and Syria -- attacked Israel on Yom Kippur. The U.S. came to Israel's defense, supplying the country with arms, and on October 16 -- 40 years ago today -- Saudi Arabia, Iran, Iraq, and other oil-producing countries retaliated by raising oil prices and slowing production.

The next day, October 17, the Organization of Arab Petroleum Exporting Countries (i.e. the Arab members of OPEC and a few other Arab states) launched a full oil embargo against the U.S. Though the war itself concluded on October 25 (SPOILER: Israel won), the embargo lasted until March of the following year. The intervening months were filled with gasoline shortages and price spikes across the U.S.

And even after the embargo was lifted, oil prices remained high. Before the embargo, prices hovered near $3 per barrel. Afterward, oil shot up to $12 per barrel, and with few exceptions, it's remained above that mark ever since.

As AutoNews points out, the 1973 Oil Crisis had a number of repercussions that still affect us today, including the increased popularity of:

1. Smaller cars: Before the embargo, gas was cheap and ubiquitous. During the embargo, it was expensive and hard to find. Americans saw how vulnerable their oil addiction had made them, and many shifted to smaller cars offering better fuel efficiency. This was particularly good news for foreign automakers like Toyota, Datsun, and Volkswagen, which gained a bigger share of the U.S. market, since Detroit offered few fuel-sipping options.

2. Bigger cars: One year after the oil crisis ended, Congress enacted legislation to mandate fuel economy standards now known as CAFE (Corporate Average Fuel Economy). The only problem is, as we've mentioned before, CAFE rules favor trucks and other large vehicles by assigning them lower efficiency benchmarks. That caused Detroit to boost production of such vehicles, which ultimately led to the ongoing SUV boom.

Of course, the 1973 Oil Crisis also set the stage for today's jaw-dropping advances in fuel economy, including the slow, steady switch to hybrids and electric vehicles.

If you were around in 1973, share your memories of the oil crisis -- good or bad -- in the comments below.