Think Your Pet Is Properly Restrained In The Car? Think Again, Says Subaru 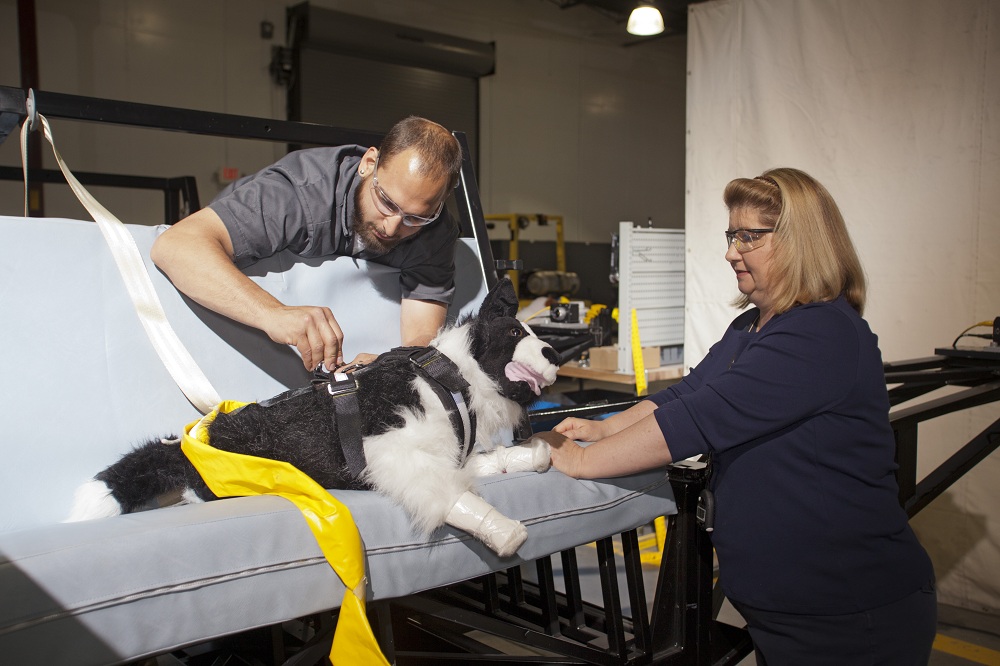 If you're a pet owner, you probably know the basic rules about road-tripping with your favorite pal. Bring plenty of food and water. Don't leave her in the car. And never put her in an open truck bed.

It's also a good idea to restrain your pet while you're on the road. Whether you're dealing with a cat, dog, or cockatiel, chances are, they don't fully understand the need to stay put, much less the intricacies of driving. Keeping them in a harness or cage is good for your safety and theirs.

Unfortunately, according to Subaru, many of the restraints that pet owners use aren't up to snuff. And that's probably because there aren't any national standards for pet travel products.

To prove its point, Subaru and the nonprofit Center for Pet Safety asked MGA Research Corporation (which conducts trials for the National Highway Traffic Safety Administration) to put some of today's most popular restraints to the test. They did so using crash-test dogs (yes, such things exist), weighted at 25 lbs, 45 lbs, and 75 lbs.

Many restraints fared so poorly in the initial evaluations that they didn't even qualify for full tests. Those that did typically turned in sub-par performances. Some exhibited catastrophic failure.

In the end, MGA found that restraints from just one manufacturer -- Sleepypod -- passed muster. For a complete rundown of MGA's tests and the eye-opening results, check out this PDF.

Need more tips for traveling safely with Fifi and Fideaux? Check out these two handy lists.