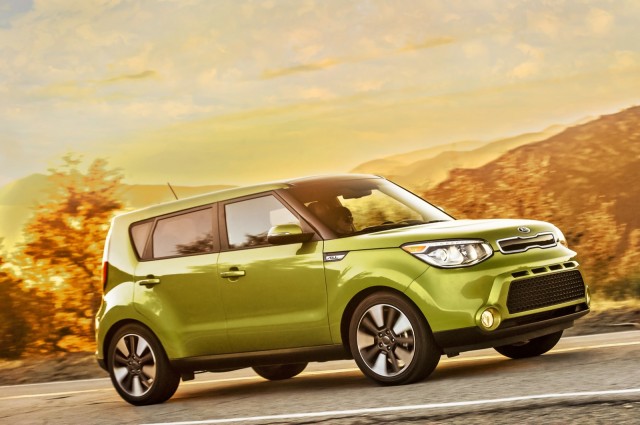 If you like your cars small, boxy, and infested with CGI hamsters, the Kia Soul is right up your alley. But what if you also enjoy cars that are fully electric and emissions-free? As of next year, Kia will have you covered there, too, thanks to the upcoming Kia Soul EV.

Kia promises that the new, all-electric Soul will look distinct from its gas-drinking sibling. Though it should still read as a Soul, it'll be styled somewhat differently so that passersby can tell them apart. Kia says that those styling cues will boost aerodynamics, which will help maximize the electric car's battery range.

Unfortunately, that's all we know at the moment. Kia says that photos and specs for the all-electric Soul will be revealed at "an upcoming major U.S. auto show". (Let's assume that's the Los Angeles Auto Show in November, shall we?)

The Soul EV is slated to arrive in showrooms at some point in 2014, but there's no indication whether it'll debut as a 2014 or 2015 model-year vehicle. Kia says that the Soul EV will be sold in "select markets", so like the Nissan Leaf and other electric cars, expect a progressive rollout.

Stay tuned for additional details -- and check in with our colleagues at Green Car Reports, too.