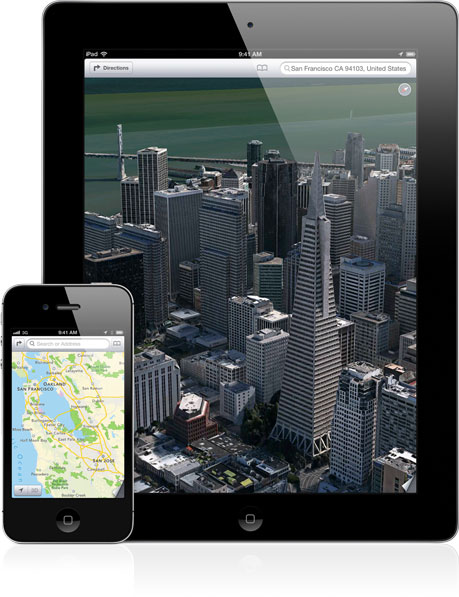 You know it, we know it, our grandmothers know it: Apple Maps is terrible. In fact, it was so terrible that CEO Tim Cook fired the guy in charge of it.

A year after its release, we'd have thought that Apple Maps might've gotten its act together. But as Cook & Co. have learned, mapping isn't something you can master overnight like checkers or beer pong: it's very tough, very complicated business.

The latest goof has affected drivers in Fairbanks, Alaska. Twice this month, drivers using Apple Maps' turn-by-turn navigation have been directed onto the runway at Fairbanks International Airport. And a state legislator nearly fell prey to the glitch in July.

In fairness, those drivers were confronted by a number of last-minute warning signs that should've prevented them from moving onto the tarmac. But by that point in the navigation process, the terminal was in plain view, so drivers simply continued onward.

No injuries have been reported, but to prevent future mishaps, barricades have been installed. Why they weren't there in the first place, we're not sure.

Apple said it intended to fix the flaw this week. According to the Alaska Dispatch, the "fix" involves taking the airport off the map. 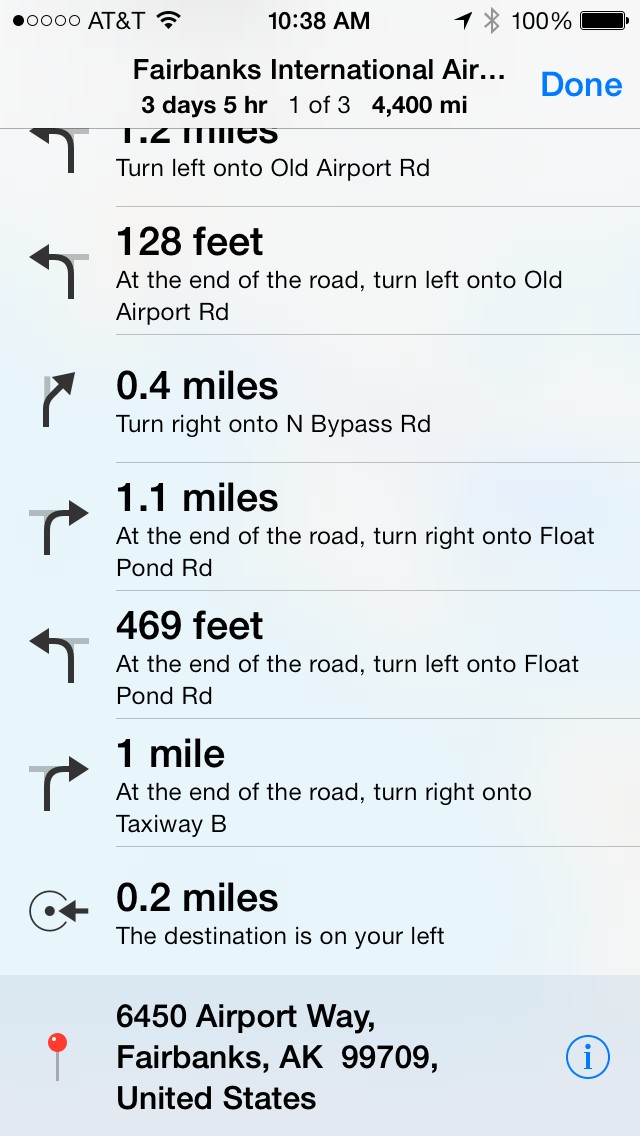 However, we just gave it a whirl, and Apple Maps still tells us to drive onto the Taxiway B -- the same directions that led other drivers right onto the tarmac. So, maybe don't move those barricades just yet.