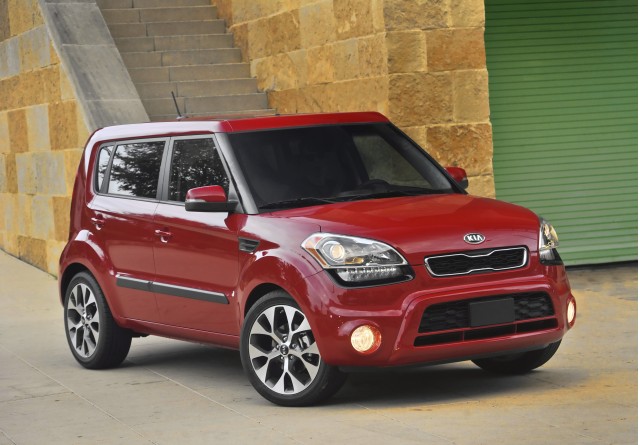 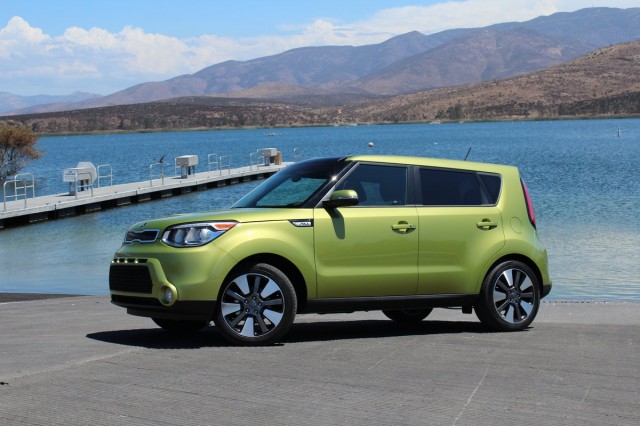 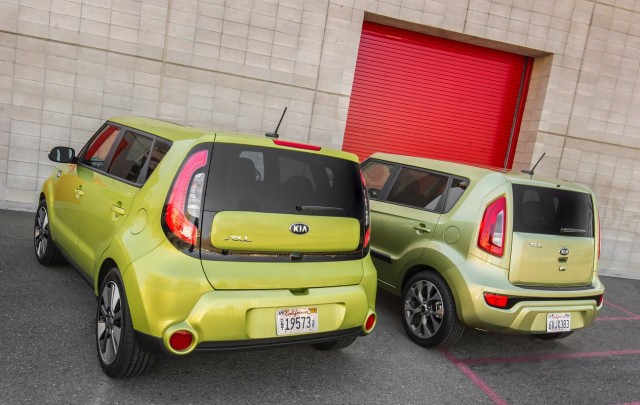 The completely redesigned 2014 Kia Soul begins arriving at dealerships just a few weeks from now. And even if you've already read our first drive of the 2014 Soul from last month, you might wonder, after first seeing the 2014, if you should hold out for the new model or look for a deal on a 2013 Soul.

So how, exactly, does the redesigned 2014 Kia Soul size up against the 2013 Kia Soul? How do they compare?

We spent a week in a 2013 Kia Soul Exclaim (shortened to just ‘!’ in marketing) last month before heading out for our day driving the completely redesigned 2014 Soul. And with another brief look at the 2013 it served to help process the differences a model year can make.

Familiar, but a little roomier in nearly every way

There’e one key measurement, however, where the two differ; that’s in wheelbase, where the new model is nearly an inch longer than the outgoing model (up to 101.4 inches). That definitely helps contribute to the new model’s superior ride quality. And as we’ve found in comparing various small cars, every little bit goes a long way in providing a more settled ride.

Cargo space has gone up significantly in the new model (to 24.2 cubic feet from 19.3, with the rear seatbacks up in place)—thanks mainly to a lower, longer load floor.

As for styling, it’s probably best to let the pictures do most of the talking. The Soul’s profile gets a lift right at the leading edge of the hood, as well as the aft edge of the roofline, while in back there are much larger lights, with blackout areas showcasing a larger hatch area. Alongside, the body sculpting has been softened, with the 2013 model’s aggressive side crease just below the window line virtually disappearing in the new model. 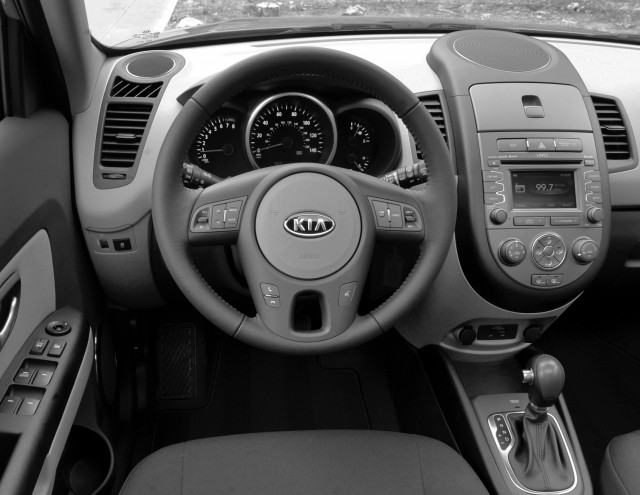 Inside, the driving position in the new Soul feels just a little bit higher—even though company officials told us the H-point (where your hip joint sits) is lower than before. The seats are definitely better, but what gives you the odd perspective is that the cowl and instrument panel have been completely repositioned in the move of this design to the new ‘K’ platform that’s shared with the Kia Rio, Kia Forte, and others with the Hyundai badge. To put it as simply as possible, the instrument panel doesn't intrude as much into the front passenger area.

Test drive will show off the real improvement

After driving them both, what sticks out in our minds (and driving notes) is the improvement in handling and ride quality. While the 2013 model felt uneasy when we pushed hard in corners, the 2014 model loads up predictably, yet it has more compliance for bumps and rough roads (thank the new twin-tube shocks).

Other big improvements in the new car much better infotainment systems, as well as a dramatic reduction in road noise—although we do wish Kia would have paid as much attention to engine noise. And of course there are the things that you can’t get in the 2013 model and can in the 2014 Soul—like ventilated/cooled front seats, heated rear seats, and a heated steering wheel.

So should you wait a few weeks for the 2014 model, or go for that 2013 that’s at the dealership? Consider what we’ve outlined here, then take a long look at both photo sets (some of the 2014, and both together up above, and the 2013 just below) and let us know what you decide.

7.6
Expert Rating
The 2013 Kia Soul is both soulful and sensible--a distinctive, roomy, fun to drive alternative to staid small sedans or utility vehicles.
8.6
Expert Rating
The 2014 Kia Soul doesn’t stray from its iconic profile, but it dons more sophistication inside and underneath—with fewer compromises and all in the name of city-friendly, tall-wagon goodness.

8.0
Expert Rating
The 2013 Kia Soul offers a lot of style, and a standout design, for an econo-car budget.
Read More
9.0
Expert Rating
Kia redesigned what’s become a design icon, and ended up with an even more handsome vehicle—with an interior that this time sets its own great style.
Read More

8.0
Expert Rating
You'll find all the versatility and spaciousness inside the Soul that its boxy exterior suggests.
Read More
9.0
Expert Rating
The 2014 Kia Soul fits a whole lot of passenger and cargo space in a neat little subcompact-car parking footprint; and it’s even more comfortable and refined than before, without becoming bigger or bloated.
Read More

6.0
Expert Rating
Crash-test results aren't altogether reassuring, but the Soul has a reasonably good safety set.
Read More
9.0
Expert Rating
Thanks to an all-new body structure, safety ratings for the 2014 Kia Soul should graduate to the top tier.
Read More

9.0
Expert Rating
With lots of features for the money, style doesn't preclude value in the 2013 Soul.
Read More
9.0
Expert Rating
A heated steering wheel and ventilated, cooled front seats, and HID headlamps in a compact car? The 2014 Kia Soul packs all that into top-trim versions; but it’s quite the deal at the base level, too.
Read More

7.0
Expert Rating
City gas mileage is good in the 2013 Kia Soul, although highway fuel economy is less of a delight.
Read More
7.0
Expert Rating
The 2014 Kia Soul is mostly as fuel-efficient as a small sedan—although its taller, boxier shape means highway mileage won’t be as great.
Read More

*As configured. Excludes taxes, title, license and other customary fees, such as dealer documentation fees, tire and battery disposal fees and, where applicable, finance charges. By clicking on “Get Your Price Quote Now”, you agree to our Terms of Use (including the Supplemental Terms) and Privacy Policy. You further consent to being contacted at the number you provided by CarsDirect and certain participating automotive dealerships, which may include autodials, text messages, and/or pre-recorded calls; this consent is not a condition of purchase or service. Message and data rates may apply.
Have feedback about this experience?
Let us know.
Tags:
Buying Advice Car Compare Compared 2014 Compare Cars Kia News Kia Soul News
2021
The Car Connection
See the winners »
2021
The Car Connection
See The Winner and Nominees »