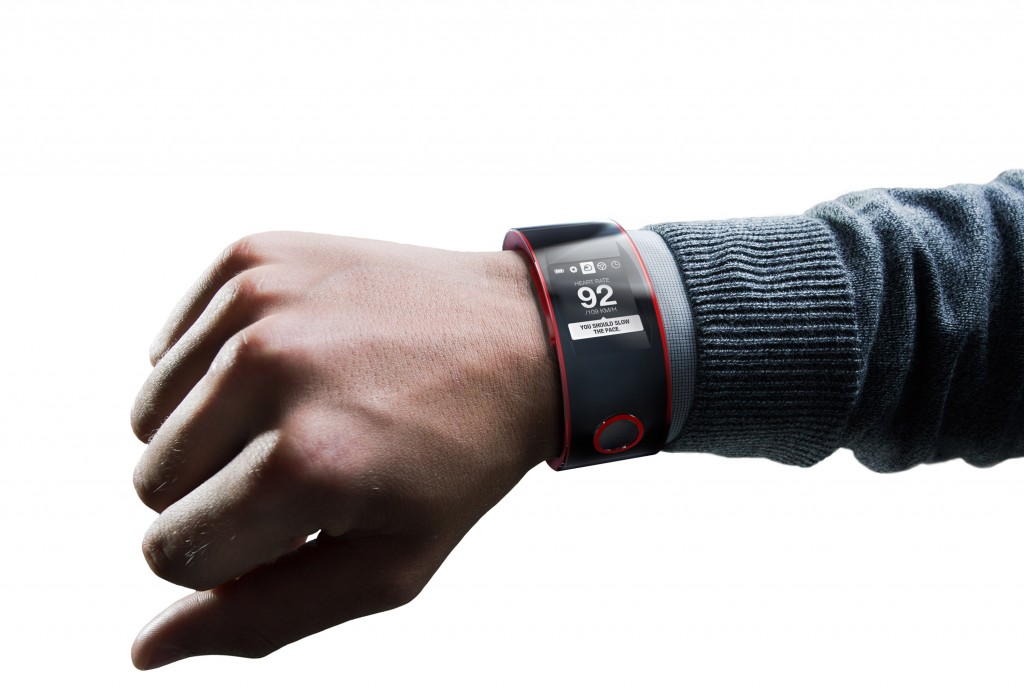 Last week, Samsung did it. This week, Apple may do it. And earlier today, Nissan totally did it in the middle of the Frankfurt Auto Show: the company debuted its very own smartwatch.

Its called the Nismo Watch, and Nissan says that it's capable of doing many things, including:

ALSO SEE:  California Could Be The First State To Get Electronic License Plates

The device that debuted in Frankfurt is technically just a concept, but Nissan says the Nismo Watch will soon appear in stores. It'll be available in black, red, and a black-and-red mix.

The watch is controlled with just two buttons, and it's powered by a lithium battery, which users charge via a micro-USB cable. Nissan says that battery life should be about seven days per charge, under normal conditions.

Whether we like it or not, 2013 will likely go down in history as the year of wearable technology. Earlier this year, select influencers and techies got their hands on Google Glass. We've also witnessed a slew of smartwatches from Kickstarter startup Pebble, tech giant Samsung, and all points in-between.

To see Nissan wading into the wearable technology wars may come as a surprise, but the underlying software has been in the works for a while. On the racing front, Nissan has been developing projects like JukeRide, which monitors vehicles and road conditions to give drivers a winning edge. The Nismo Watch is basically a scaled-down version of such goodies for the everyday (wo)man.

The real question isn't whether Nissan has any business in this field, it's whether smartwatches are a smart investment.

To be sure, the Nismo Watch looks good -- far, far better than the chunky, un-funky Samsung Galaxy Gear, which has managed to underwhelm most critics. But in the grand scheme of things, the face may be more valuable real estate than the wrist.

That's in part because for now, smartwatches are just handmaidens to smartphones. The Nismo Watch looks great, but for it to be really useful to drivers, it needs to pair with a phone. That's because the phone is a bigger, more powerful piece of hardware, capable of doing things that the watch simply can't. The only reason the watch seems practical is because we keep our phones in pockets and purses, making the wristwatch a convenient intermediary. (If someone comes out with a really nicely designed cuff-style watch with a large-ish screen, we'll revisit this theory.)

But watches lose mostly because devices like Google Glass are ergonomically superior. They have built in screens that can scale quite large thanks to nifty phenomena like the parallax effect. They allow us to keep our heads up during interactions with friends, strangers, buildings, and, of course, the road. That's not to say that heads-up devices -- wearable or not -- aren't distracting, but they're potentially less so than watches and handheld phones.

Our hunch is that smartwatches like Nissan's will be a hit with fans and niche consumers, and that's about all -- but then, that may be all Nissan's hoping.