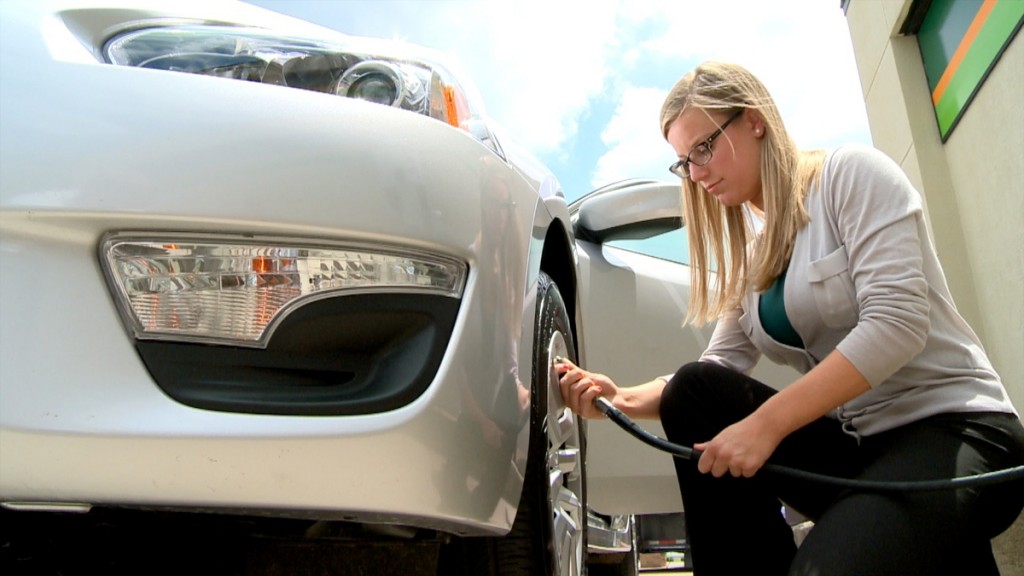 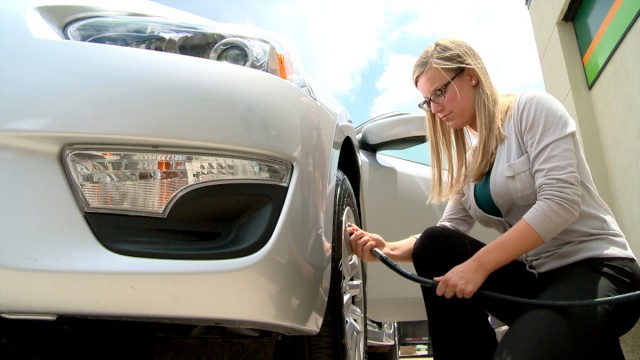 Some of the best ideas need no explanation, and many are relatively simple—things that make you ask, why didn't anyone come up with this before?

That’s probably what you’re going to beam after first encountering a couple of our best features for 2013—Nissan’s Easy-Fill Tire Alert in the Altima, and Honda’s LaneWatch in the Accord.

How do you parse out the best from the rest of the options list? The best features are simply the ones that make your motoring easier, safer, and more convenient, without detracting from the experience when you really want to enjoy driving.

If in doubt, try it out. Take the car out for a test drive and put this feature to the test; beyond the novelty of the first demo or two, it should feel useful, perhaps even lifesaving.

In choosing some of the best features of the year, we’ve avoided pointing only to the most expensive, exclusive features, instead looking at items (and ideas) we soon might see expanding to the market at large.

Click through our choices in the following pages, weighing them in light of your own shopping priorities, and use these as a starting point. And be sure to let us know what you think are the year’s standout features in your comments below! 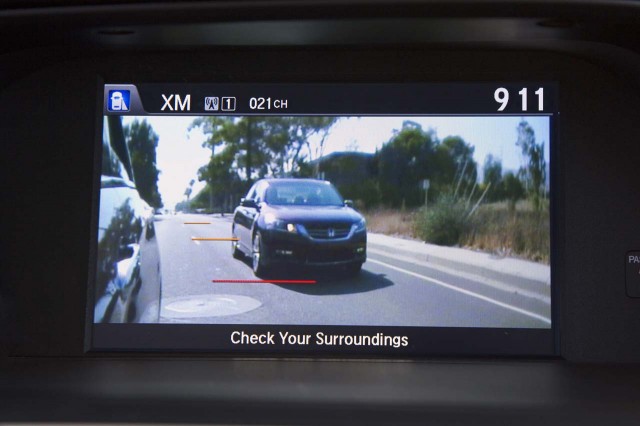 Honda’s LaneWatch. Flip the turn signal to the right, and a wide-view rearward camera display—better than what you might be able to see through your mirrors—appears on the infotainment screen, allowing you to spot bicyclists, pedestrians, or other vehicles. There are no special menus or selections required; it just works. We’re glad Honda includes this simple, elegant feature in most of its 2014 Accord models, and we can’t wait for the automaker to wrap it into the rest of its Honda and Acura lineups. 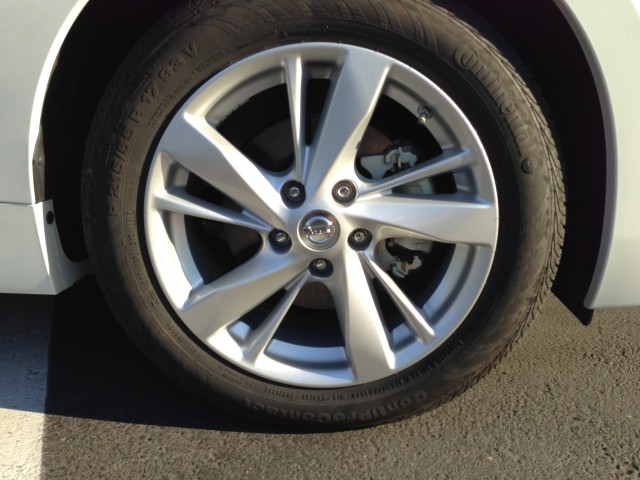 Nissan’s Easy-Fill Tire Alert. The idea is great, and the execution in the 2013 and 2014 Nissan Altima couldn't be better. Simply put, no need to worry about using a pressure gauge; just fill the tires and as you reach the recommended pressure the horn honks. Even if you overfill slightly, you can let some pressure out and it'll honk again at that point. 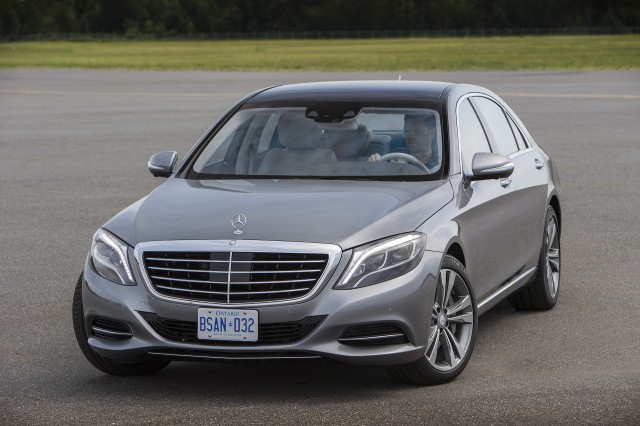 All-LED lighting. The 2014 Mercedes-Benz S-Class is the first model to have all of its illumination provided by light-emitting diodes—or LEDs as they’re more commonly known. LEDs are changing the face of vehicles and allowing designers to configure lighting, outside or inside, in ways that wouldn’t have been possible with old-style filament bulbs. They’re typically brighter—they put out more lumens—yet have a beam pattern that’s more uniform; and perhaps the biggest advantage is that it’s unlikely that you or any owners down the line will ever have to replace a burned out LED (or bulb!). For anyone who's ever had to disassemble an instrument panel to get to one or two old-tech light bulbs, that’s a welcome ‘best feature.’ And we don’t think it’ll be long before more models go bulb-free. 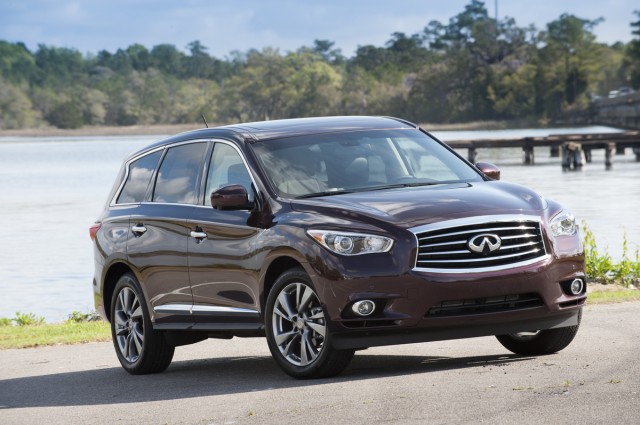 Back-Up Collision Intervention System. A number of new vehicles now include backup camera systems. But it's easy to become lulled by the technology—glancing and seeing what you need to see, like the corner of that car, perhaps, but not what's unexpected and in between. Enter Back-Up Collision Intervention, which made its debut in the 2013 Infiniti JX35 (to be renamed the 2014 Infiniti QX60), will with radar and sonar sensors anticipate a potential impact with an object that’s moving or stationary. After a brief warning, the vehicle will brake itself. This is a potential game-changer for reducing parking-lot and driveway accidents with other vehicles—and kids. A similar feature is now also offered in select Cadillac vehicles. 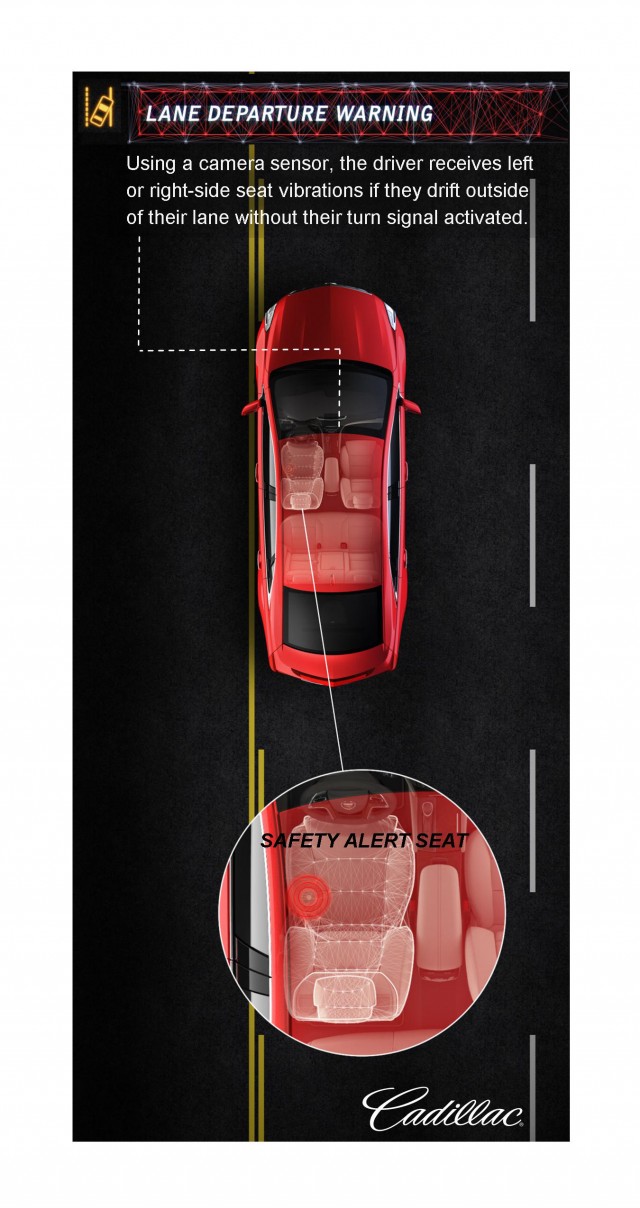 GM’s Safety Alert Seat. Individual safety features like Forward Collision Alert and Lane Departure Warning have had one key flaw: They beep stridently, and put you in panic mode. In the heat of the moment, you don’t always know where to look. But GM’s Safety Alert Seat that’s used in several Cadillac models (XLR, ATS, and SRX), as well as in the new 2014 GMC Sierra pickups, adds useful information to these warnings—in the form of tactile warnings, buzzing and nudging you from the lower seat cushions, in the direction of the hazard. It’s a subtle difference, but it could be a lifesaver—not just another beep that you train yourself to filter out. 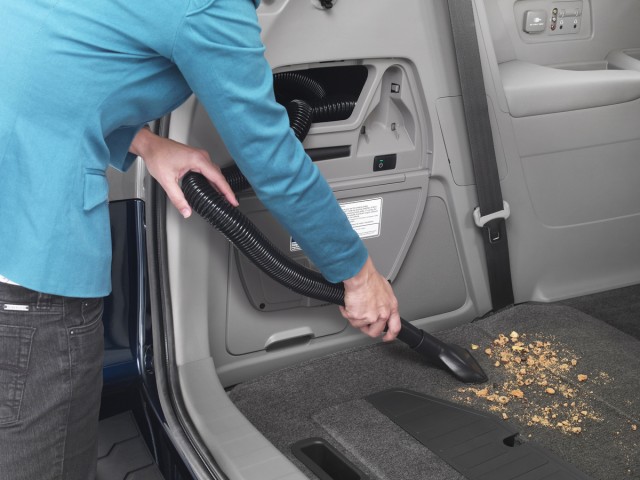 Honda's Built-in Vacuum. How many times have you packed away the DustBuster in or near the vehicle, only to find that it's missing when disaster strikes? Honda turned to Shop-Vac to co-develop a special new Honda VAC system that's included in top-of-the-line 2014 Honda Odyssey models. While we hardly think the vacuum alone is reason to get the top Odyssey Touring Elite, having an integrated vacuum system (with a canister-type bag and replaceable filters) that has a dedicated place in a family vehicle is a no-brainer—and one that we hope to see as an option in other family cars in the near future.
Tags:
Buying Guides Car Safety Car Tech
2022
The Car Connection
See the winners »
2022
The Car Connection
See The Winner and Nominees »