This Is What Volvos Will Look Like Under Geely: Concept Coupe Revealed 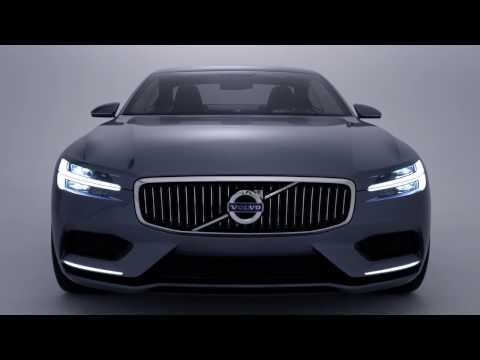 We spend a lot of time dissecting auto ads, trying to figure out what those commercials convey about a particular car brand. But cars themselves -- specifically, their design -- also help define a company's brand.

A Lamborghini, for example, makes a bold impression. The car's sharp, aggressive lines imply that the owner is a smooth, affluent go-getter. (Or a complete d-bag, depending on your point of view.)

Other brands aren't so in-your-face. Some fade into the background. They're the automotive equivalent of khakis: inoffensive and people-pleasing. (Or dull and lifeless, depending on your point of view.)

Volvo has vacillated between those two extremes. In the 1980s, Volvos were immediately recognizable by their unique, boxy silhouette. At other times, we've have a hard time distinguishing them from other auto brands.

What does the future hold for Volvo? We've just been given a clue thanks to a new concept car.

In 2010, Ford sold Volvo to Chinese automaker Geely. That raised plenty of concerns among fans. Would Volvos be completely reworked for Chinese consumers? Would the company be micromanaged into submission, losing the safety features that have long been associated with Volvo? Or would Geely simply leave Volvo alone, letting it do its own thing?

The first answers we got to those questions came in 2011, when Volvo revealed the Universe Concept, part of the company's new brand strategy, "Designed Around You". Somehow, the Universe managed to be offensive and bland all at the same time. The future wasn't looking especially bright.

Thankfully, Volvo went back to the drawing board. The results of its efforts are displayed in the newly unveiled Concept Coupe, one of three concept vehicles that Volvo plans to debut in the coming months to show off its new look. The first production model to reflect the Concept Coupe's aesthetic will be the XC90, arriving in the latter half of 2014.

In its press release, Volvo doesn't reveal much about the Concept Coupe, other than to say that it "takes design cues from the P1800, a car made famous by Roger Moore in British TV drama The Saint". We also learn that there's a large touch screen on the center stack, a heads-up display, and a cabin that sits slightly further back than usual.

The video above gives a fairly thorough walkaround of the concept car. It's got some luxe appointments, and the lighting -- both front and rear -- seems very appealing. A few of our team find the forward section a little chunky and the cabin a tad bulbous, like a junior version of Chevrolet's Code 130R Concept, but others like it.

Whatever the case, the Coupe is clearly an improvement on Volvo's Universe Concept. But is it ready for primetime? Check out our colleagues' full report on the Concept Coupe at Green Car Reports, then share your own opinions in the comments below.