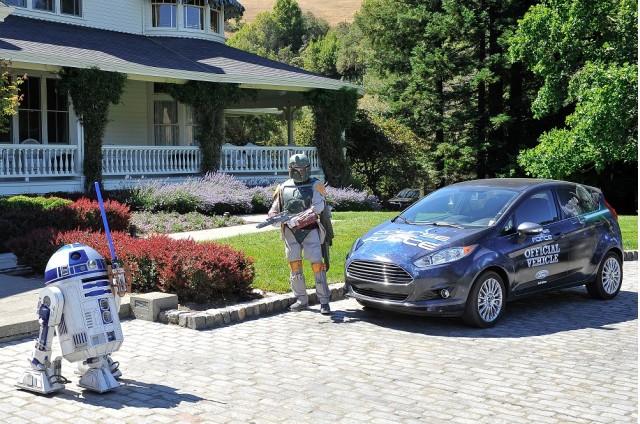 Since the 1970s, San Diego's Comic Con has entertained fans of science fiction, fantasy, anime, and, of course, comics. However, few Americans knew much about the convention until recently, as nerd culture has gone mainstream. (We blame the Bronies.)

In fact, Comic Con is now so big that it requires a run-up event -- literally. That event is called Course of the Force.

Course of the Force merges two unlikely passions: the Star Wars movie franchise and long-distance running. Like a scaled-down version of the Olympic torch relay, Course of the Force is a run spanning the seven days that lead up to Comic Con. This year's event began on July 9 and ends tomorrow, July 16, two days shy of Comic Con's official kick-off. (Why the gap? We can't say. The nerds we know -- including ourselves -- were a little better at math than that.)

No matter how you feel about Star Wars or Sailor Moon or Adventure Time, everyone can appreciate Course of the Force's primary mission -- which, apart from celebrating Star Wars, is raising funds for the Make A Wish Foundation.

To make achieving that mission a little bit easier, Ford Motor Company has donated vehicles to Course of the Force, each decked out in snazzy Star Wars wraps. Above, you'll find some shots of the Ford Fiesta and Ford F-150 SVT Raptor, and we hear there's also a Mustang and a Transit Connect. Like Comic Con itself, that's something for everyone.

It's a little late to run in this year's Course of the Force, but you still have plenty of time to contribute to the Make A Wish Foundation. Course of the Force has set a goal of $100,000, and as of this morning, that figure remains far, far away. Perhaps you could use a little financial force to help them reach it.