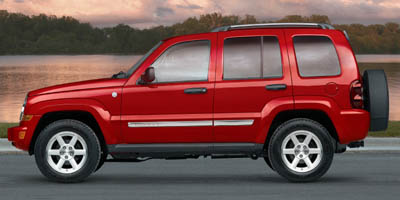 Last month, the National Highway Traffic Safety Administration asked Chrysler to recall a few Jeep vehicles -- and by "a few", we mean 2.7 million.

That was pretty unusual, and it made headlines for days afterward. As a result, Jeep's reputation suffered. Things got so bad that Chrysler finally said "Uncle", agreeing to inspect the 1992-2004 Grand Cherokee and 2002-2007 Liberty. In an email to owners, the automaker said:

As a result of the agreement [with NHTSA], Chrysler Group will conduct a voluntary campaign with respect to the vehicles in question that, in addition to a visual inspection of the vehicle will, if necessary, provide an upgrade to the rear structure of the vehicle to better manage crash forces in low-speed impacts.

That "upgrade" consists of a trailer hitch. Though final details of the recall haven't been released, it appears that Chrysler will install hitches on most of the affected vehicles that don't currently have them. (On vehicles with aftermarket hardware, Chrysler will check to make sure the hitches meet the appropriate standards.) Of note: Chrysler says that it plans to inspect 1999-2004 Grand Cherokees, but probably won't install hitches on them unless the existing hitch is defective.

Chrysler believes that trailer hitches will protect the gas tanks of recalled vehicles. Those tanks are located behind the rear axle, which NHTSA says makes them more susceptible to rupture during rear-end collisions, and as a result, a major fire hazard. NHTSA has attributed a total of 51 deaths to the design flaw -- 44 in the Grand Cherokee and seven in the Liberty.

But according to Detroit News, it's unknown whether Chrysler will prove the effectiveness of its fix through crash tests. Nor is it clear that NHTSA will conduct its own tests.

That doesn't sit well with Ana Maria Pina, who was permanently disabled in a fire caused by a rear-end collision of her own Jeep. She, along with a former NHTSA administrator and the head of a consumer advocacy group, met yesterday with NHTSA's David Strickland to discuss the matter.

None of the three are convinced that trailer hitches will solve the problem. In fact, they cited at least one fatality that was caused when a trailer hitch itself penetrated a fuel tank. They suggest that a plate beneath the gas tank would be more effective -- not to mention cheaper for Chrysler.

Outgoing Secretary of Transportation Ray LaHood seemed to chafe at the idea that NHTSA wasn't doing enough to address the problem. And Chrysler has clearly indicated that it believes its vehicles meet all safety standards -- though whether they'd be able to meet more stringent tests that NHTSA rolled out in 2007 is a matter for debate.

Until Chrysler announces the full details of the recall, this remains a matter for speculation. But if the automaker fails to accommodate public concerns during the recall process, it could face another ugly backlash from consumers.

We'll keep you posted as the recall proceeds.