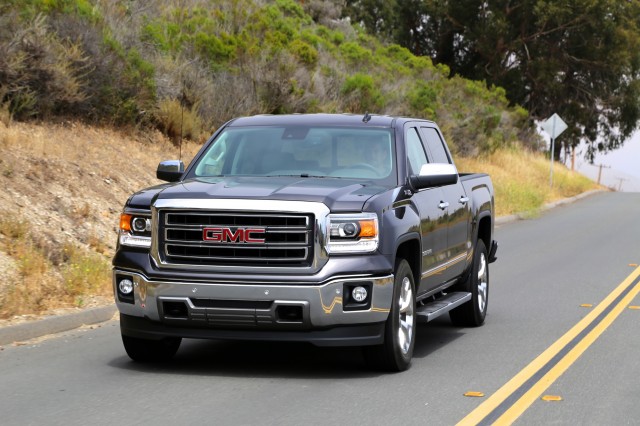 Since our first drives of the 2014 GMC Sierra and Chevy Silverado, we've been waiting for GM to release fuel-economy figures for its excellent new V-6 engine.

They're out today, and in some official EPA ratings, they rival Chrysler's Ram 1500 and its high-economy special editions.

The 4.3-liter V-6 in both the Silverado and Sierra will be rated at 18 miles per gallon city--the same as the Ram 1500 HFE with an eight-speed automatic--and 24 miles per gallon highway, 1 mpg shy of the Ram's best figures. With four-wheel drive, the ratings slip to 17/22 mpg.

GM's six-cylinder puts out 285 horsepower in both the full-size trucks, and sports a maximum tow rating of 7,200 pounds--700 pounds higher than the best Ram V-6. It's also offered in all body styles, and those mileage ratings apply across all of them.

GM also offers its 5.3-liter V-8 with highway gas mileage of up to 23 mpg. A 6.2-liter V-8 is on the way, and while its fuel-economy figures haven't been released, GM does say some models powered by it will be able to tow up to 12,000 pounds.