Study: Hybrid Cars Are Worth The Extra Cash (For City-Dwellers, Anyway) 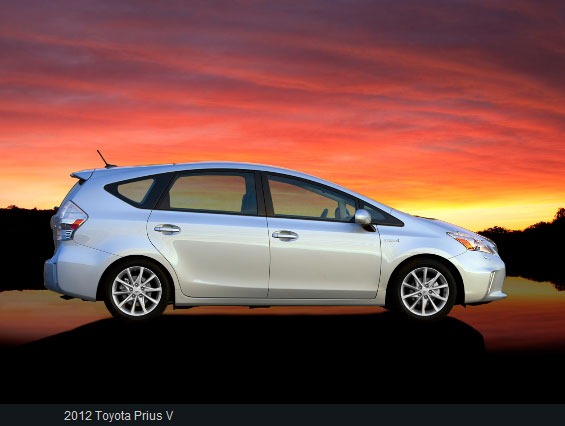 Hybrid cars can cost thousands of dollars more than their conventional equivalents. The Toyota Camry Hybrid, for example, is priced about $4,000 over its gas-powered twin, and the Ford Fusion Hybrid starts more than $5,000 above the regular Fusion.

Are they worth the extra dough? According to a new study from Carnegie Mellon University, the answer is: maybe.

The study was conducted by Jeremy Michalek, a professor of mechanical engineering, and Orkun Karabasoglua, a research assistant, who compared the performance of conventional and hybrid vehicles in a range of scenarios. According to Michalek, "[F]or highway drivers, hybrid and plug-in vehicles cost more without much benefit to the environment.... But for drivers who experience a lot of idling and stop-and-go traffic, a hybrid could lower lifetime costs by 20 percent and cut greenhouse gas emissions in half."

In other words, if you live in a city or its crowded suburbs, you could recoup the extra cost of a hybrid vehicle through savings on fuel -- and as an added bonus, your car would emit much less CO2 than a conventional vehicle. If you live further from town, though, your hybrid won't do Mother Earth much good, and you won't save much at the pump, either.

As respected as CMU may be, we have a couple of caveats about this particular study. They stem from the fact that the study was funded in part by Ford and Toyota, both of whom manufacture hybrid vehicles.

Caveat #1: We would never want to suggest that Michalek and Karabasoglua fudged their findings, but obviously, the team received support from two companies that have a clear interest in proving the value of hybrid vehicles. In other words, the study shows that cars like the Camry Hybrid and the Fusion Hybrid are worth their premium pricetags. The automakers may balk at such assertions, insisting that the CMU study shows that hybrids are only a value for urban dwellers, but since the majority of Americans now live in urban and suburban areas, the findings weigh in Ford and Toyota's favor.

Caveat #2: The study also reveals that current measures of fuel economy are outdated and inaccurate. That finding is particularly beneficial for Ford, which is being sued by Fusion and C-Max Hybrid owners for overstating fuel efficiency. (Toyota has received similar complaints about the Prius.) That could help Ford in court and cause customers to look more kindly on the Detroit automaker.

We'll see if this study has any effect on the EPA's new fuel economy labels, which have been rolling out on 2013 model-year vehicles.