30 Days Of The Audi Allroad: Ride And Handling 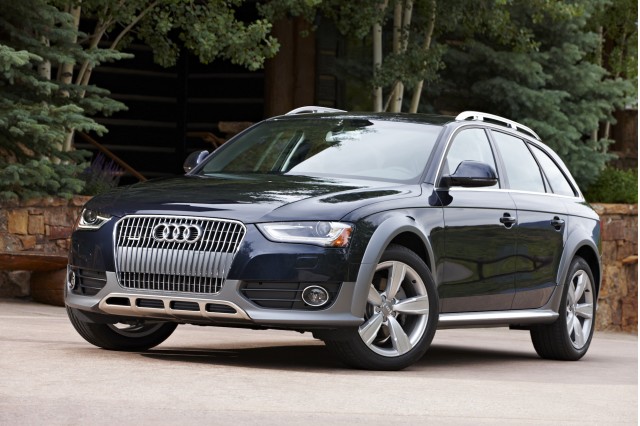 After spending a few weeks with a 2013 Audi Allroad, we've grown to appreciate how, from choppy, rutted unpaved access roads to nicely surfaced curving blacktop, this stocky wagon manages to handle surprisingly well, without punishing passengers or transmitting too much road noise into the cabin.

In fact, for what most people need—the occasional snowy driveway, or the rutted two-track to the trailhead—we think the Allroad has the right amount of capability, without sacrificing too much in the ride-and-handling department.

Yes, there are many models that have more ground clearance than the Allroad's 7.1 inches. But a higher body would have physical consequences and would raise the center of mass—almost surely bringing a harsher or bouncier ride, less surefooted handling, or both.

Versus the A4 sedan and Q5 crossover?

We expected the taller Allroad to be a somewhat clumsier handler than the A4 sedan, but we can't say it is. And really, it rides just as well as the sedan. The Allroad has 1.5 inches more ground clearance than the A4 (7.1 inches, versus 5.6), while the Q5 has even more—7.9 inches. As for the Q5, you sit higher and more upright in it, so it's a little higher to gauge, but there's definitely more fore-and-aft motion in the suspension with bumpy roads or hard braking.

The 2013 Audi Allroad really gets it right, with the kind of ride quality that's going to please everyone from your mother-in-law to the enthusiast in the family. It's on the firm side but never jarring, and in tight corners the suspension loads up progressively, avoiding the feeling that you get in some crossovers that you're leaning precariously or that the front outside wheel is about to give way. 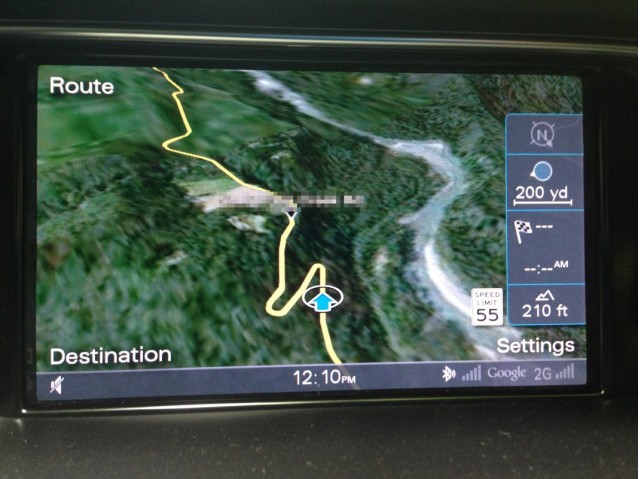 To get an even better feel for what the Allroad feels like near the limit, we went out on one of our top-secret handling roads, which feature mixes surfaces, rapid ups and downs, and both 55-mph esses and a series of tight hairpins advised at just 10 mph.

Good tires, well-weighted steering, and an all-wheel-drive system that helps

The verdict? One of the keys to the Allroad's sharp, on-center feel, crisp turn-in, and great noise damping might be the Pirelli Cintaurato P7 245/45R18 all-season tires. They're relatively low-profile tires for a crossover wagon.

Dynamically, these tires give way early when they're cold, but we like how they get much more progressive (and incidentally, more vocal) as they warm just a bit.

Another key to why the Allroad feels so confident is its steering. To be honest, we didn't like the Allroad's steering at first. Around town, it simply feels too light and numb. But as you drive with it, you grow to appreciate how well weighted it is. Get progressively further off center, and the effort increases to a point, at which you do start to feel the surface a bit. Meanwhile on center while it's very light, it has a good feel of where center is, so there's no need to make frequent adjustments.

All-wheel drive: What does it add to handling?

All-wheel drive is the other factor. High-performance cars aside, we generally try not to talk about AWD in the context of handling or confidence. On snowy highways, the additional traction can lead to a kind of false confidence—leading inexperienced drivers to go faster than they might otherwise go. After all, when slowing to avoid a hazard, you can't brake quicker or handle better because of it. And all-wheel drive can seriously cut into fuel economy.

Yet with the current configuration of quattro, real hardware (a planetary power-split setup) is sending more power to the front or rear wheels as needed (from a base 40/60 front/rear to up to 85 percent rear). We can see how on a slick road—especially one with rapid ups and downs that change the weight distribution—the independence of the braking system and all-wheel drive system can only lead to more confident handling—and more of a window to get around something unexpected.